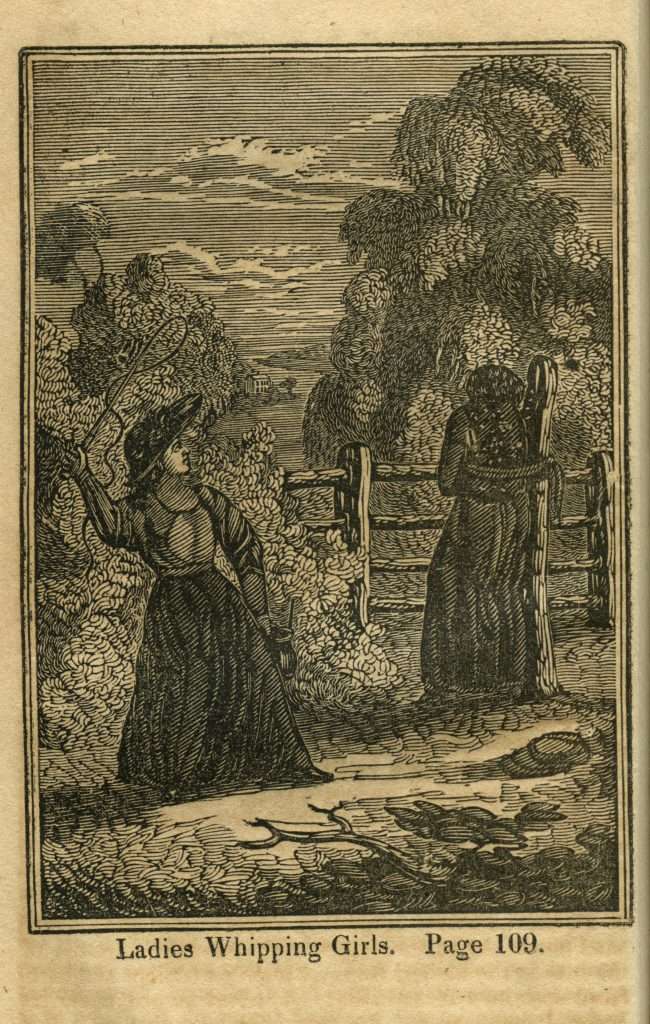 An engraved illustration published in George Bourne's Picture of Slavery in the United States of America (1834) depicts a woman, presumably a plantation mistress, whipping an enslaved girl tied to a post. A plantation house is visible in the distance. Bourne was an English-born Presbyterian minister in Harrisonburg who condemned slavery and refused communion to those in his congregation who held humans in bondage. For his actions, his church had him removed as pastor and he was defrocked. Bourne subsequently moved to the North where he was re-ordained.