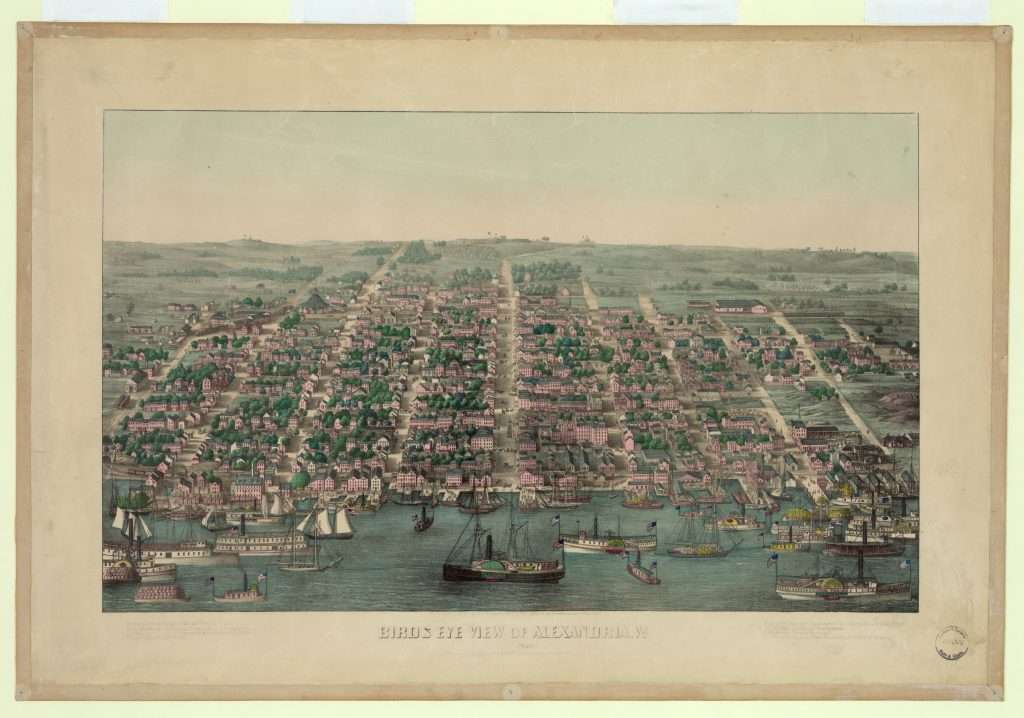 A bird's-eye view of Alexandria in 1863 depicts a busy port town. At upper left is a domed building, the depot for the Orange and Alexandria Railroad. Military forts and encampments surround the city, which was under federal occupation during the war. After the state of West Virginia was established in 1863, the seat of the Restored government of Virginia—that is, the government that remained loyal to the United States—was relocated to Alexandria and remained there until the end of the war.