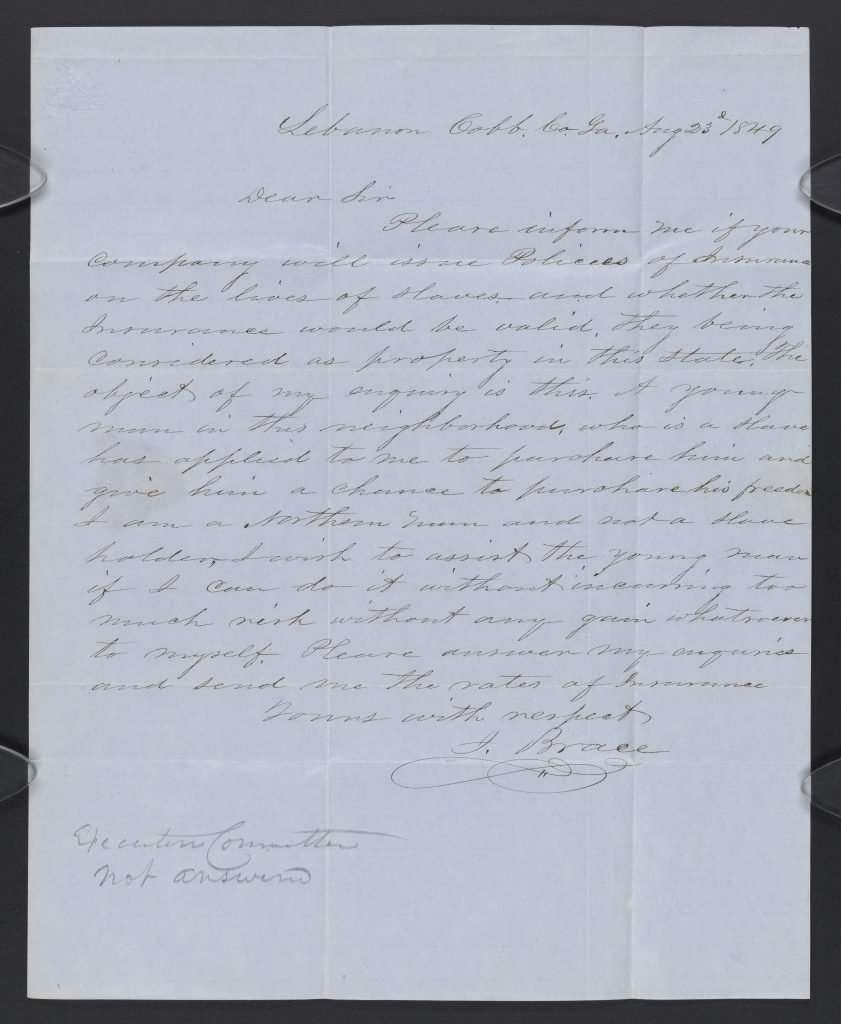 J. Brace, a northerner then living in Cobb County, Georgia, directed this August 23, 1849, letter to the president of the Mutual Benefit Insurance Company on Wall Street in New York City, inquiring whether his company issued policies covering the lives of slaves. Brace asked if such a policy would be valid in Georgia, where slaves "are considered as property." Brace was not a slaveholder, and an enslaved man had approached him to ask whether he would purchase him so that he could buy back his freedom. Brace was amenable to helping the young man but wanted to ensure that he would not incur "too much risk without any gain whatsoever to myself."