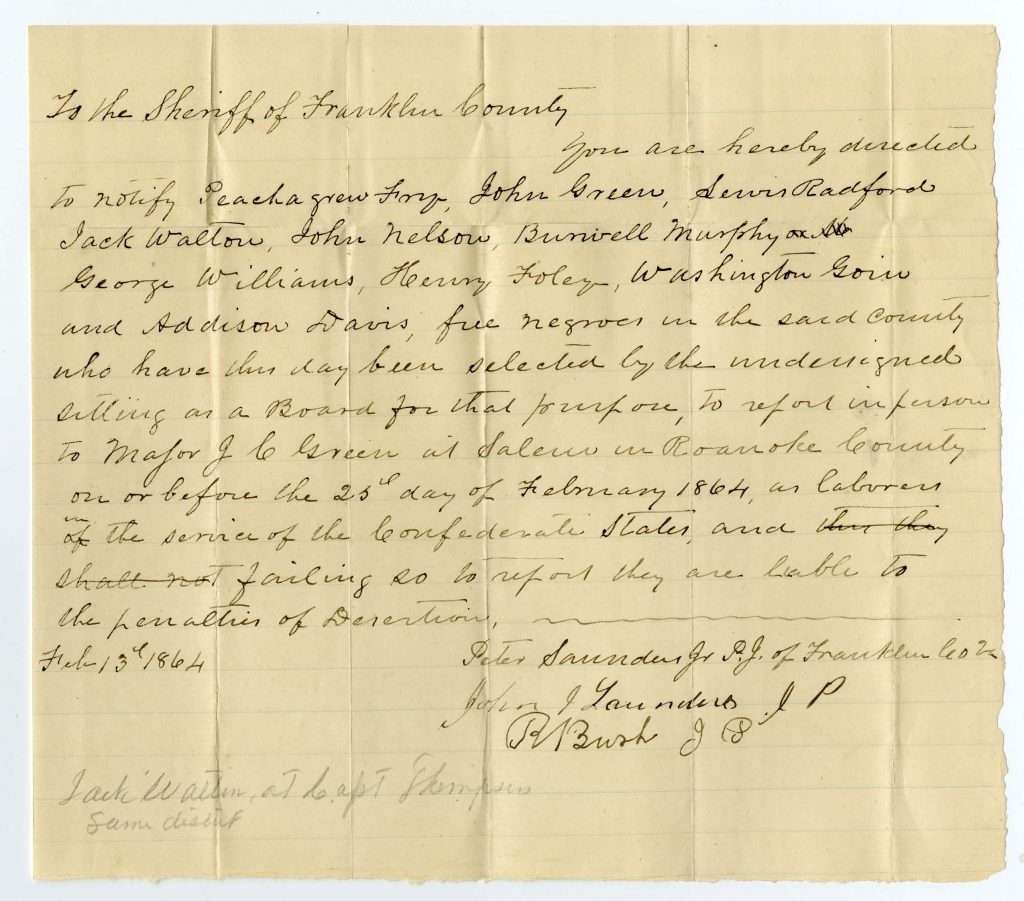 In this document, dated February 13, 1864, court officials instruct the Franklin County sheriff to notify ten free black men in the county that they are being impressed into service as laborers for the Confederacy. If they fail to report for duty to Major J. G. Green in Salem, Roanoke County, on or before February 25, 1864, they will be "liable to the penalties of desertion." These ten were chosen from a list compiled of the able-bodied free black men between the ages of eighteen and fifty who lived in Franklin County. Among those forced to serve were Peachagrew Fry, a farmer who had a free wife and no children; John Green, a farmer; Lewis Radford, whose occupation was not listed; Jack Walton, a farmer whose family was enslaved; John Nelson, a one-eyed farmer and blacksmith whose family was enslaved; Burwell Murphy, whose occupation was not listed; George Williams, a farmer with a wife and two children; Henry Foley, who had no free family; Washington Goin, a millwright; and Addison Davis, who had a wife and several children.