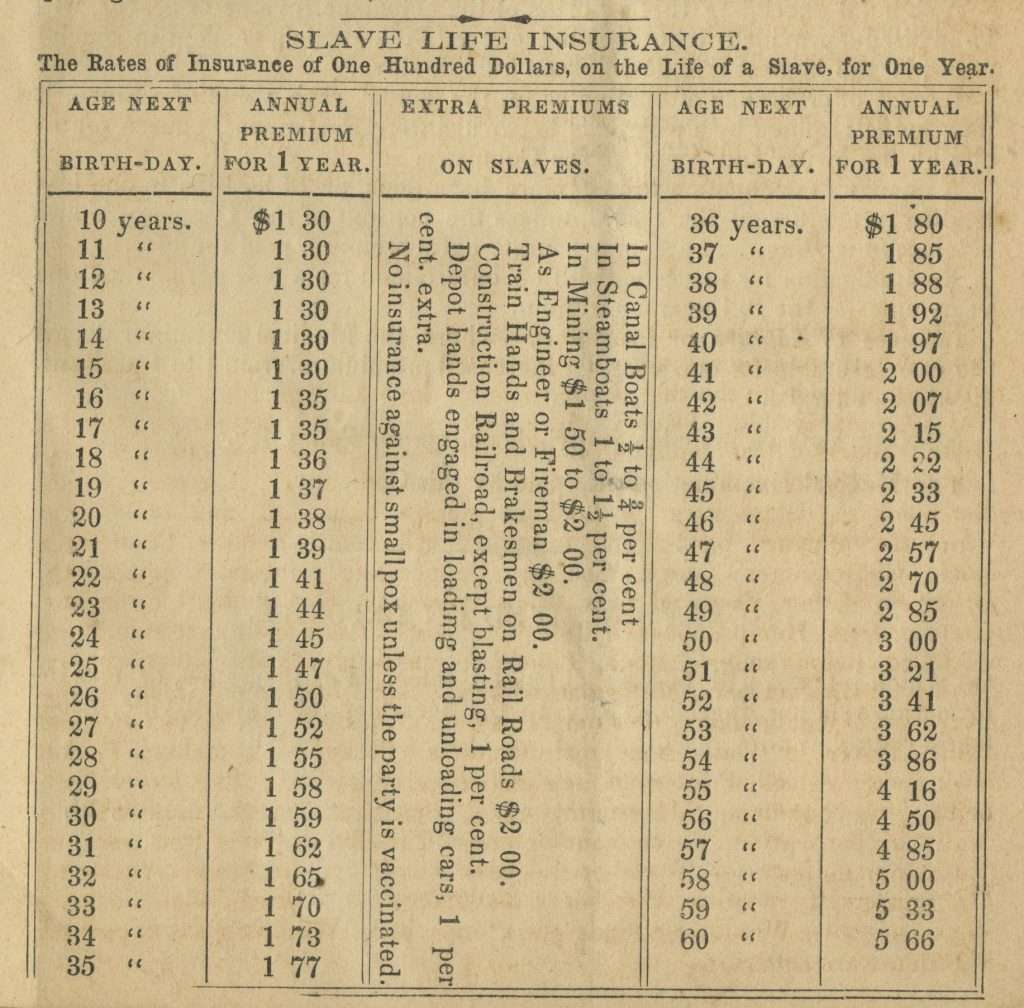 An 1860 manual published by the James River Insurance Company in Albemarle County includes a page that lists the cost of insuring the life of an enslaved person for one year. If such a person died within the coverage year, the owner would receive $100 from the insurance company. Premiums varied according to the age the enslaved person would be at his or her next birthday: children between ten and fifteen cost $1.30 per year; the oldest person, at age sixty, cost $5.66. In addition, extra premiums were charged for the enslaved who labored in hazardous conditions: on boats, in mines, on trains, loading rail cars, or constructing railroads. The guide also notes that enslaved people not already vaccinated against smallpox would not be covered if they contracted that disease.