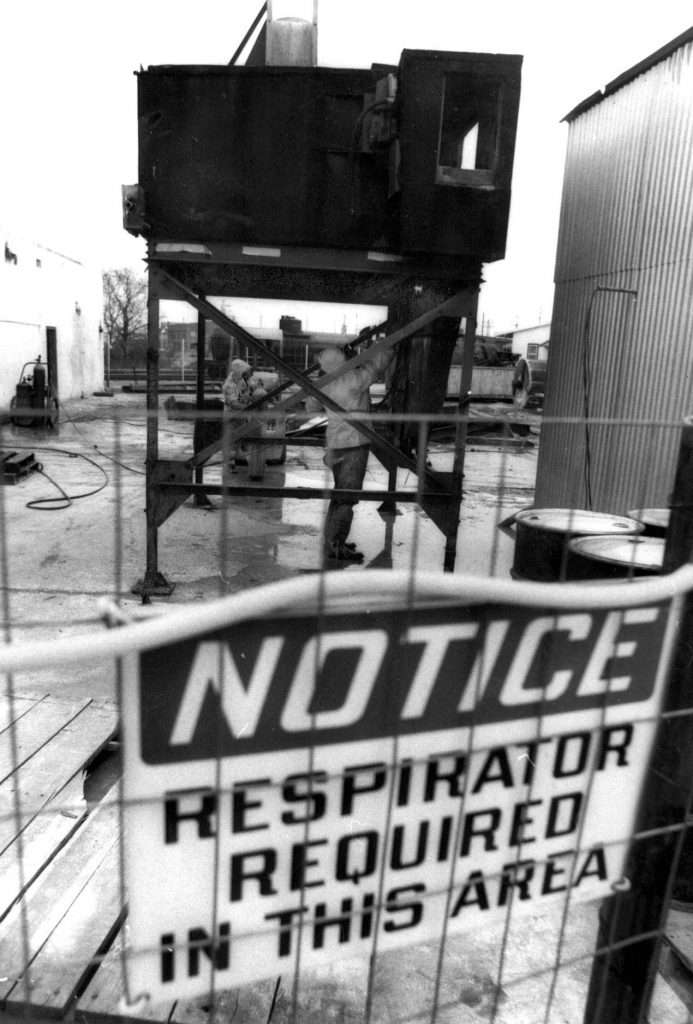 Workers wearing protective gear clean the Life Sciences Products chemical plant in Hopewell in preparation for the eventual razing of the building. That plant, contracted by the Allied Chemical Corporation to produce Kepone, a toxic, nonbiodegradable insecticide, dumped chemical wastes into the James River from 1966 until 1975. The citizens of Hopewell discovered the effects of this dumping in 1975, when an employee of Life Sciences, who suffered from a peculiar case of uncontrollable shivering, was determined to have high levels of Kepone in his blood. Shortly therafter, the plant was shut down. This photograph was published in the January 21, 1976, edition of the Richmond Times-Dispatch.