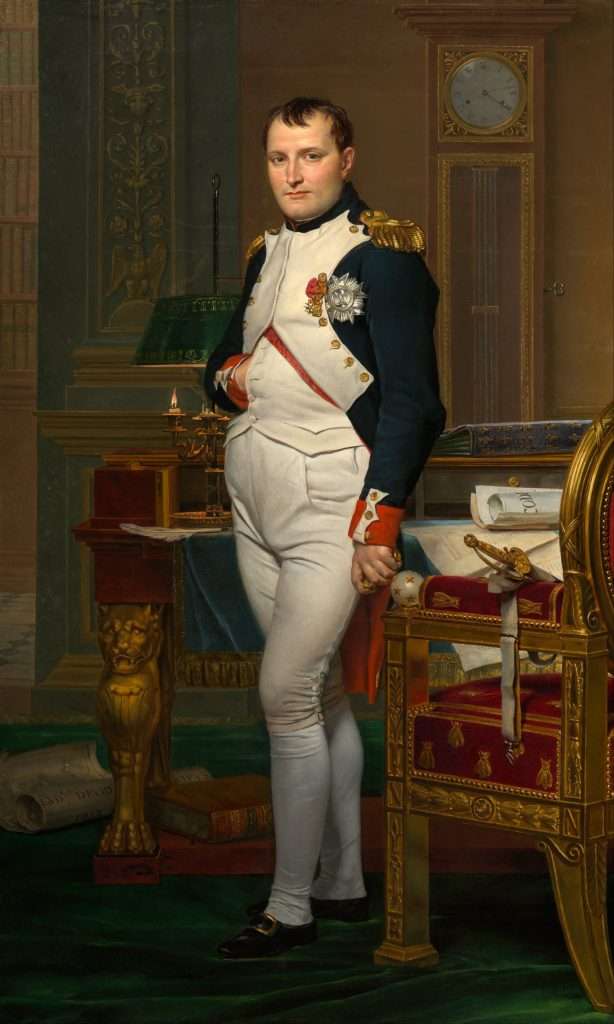 The Emperor Napoleon in His Study at the Tuileries

Napoleon, the emperor of France, wears the uniform of a colonel of the Foot Grenadiers of the Imperial Guard in this 1812 portrait by Jacques-Louis David. Despite the formality of his clothing, Napoleon's hair is slightly mussed and he stands with hunched shoulders. The artist wrote to Alexander Douglas, the tenth Duke of Hamilton, who had commissioned the portrait, to say that this painting depicted Napoleon after a night of work composing the Napoleonic Code. Thus, the candle behind the emperor is close to being extinguished, and papers—including one with the word "Code"—are piled on his table. The clock in the background reads 4:13 a.m.