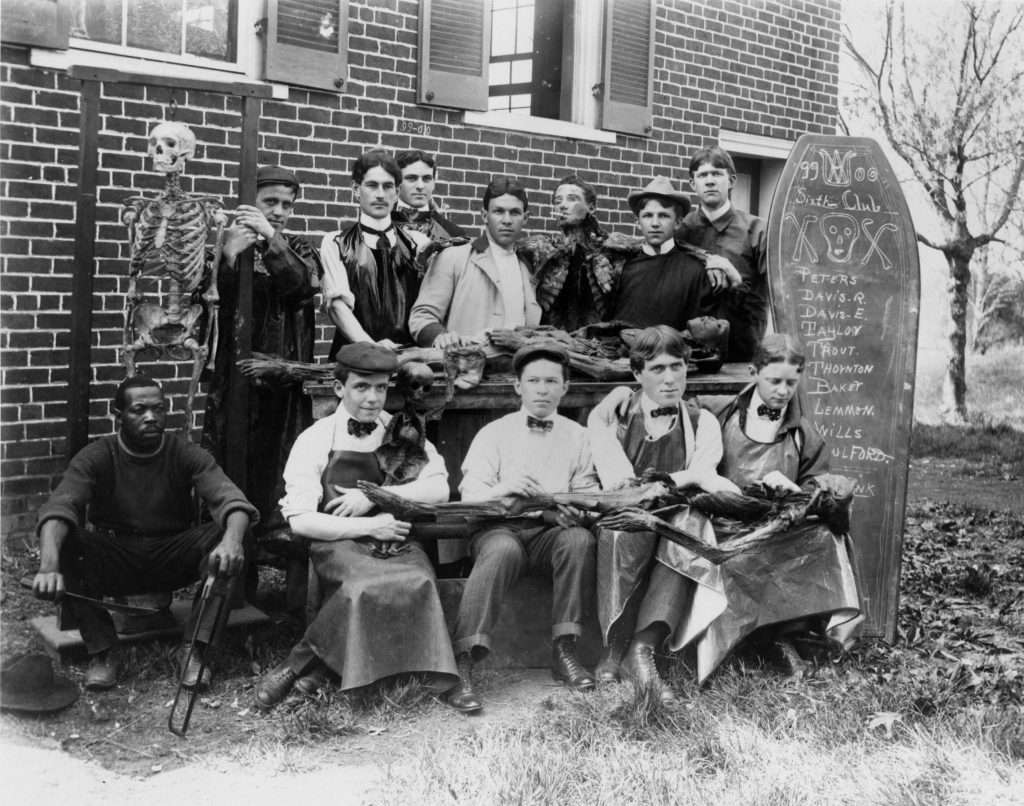 Members of the Sixth Club Cadaver Society at the University of Virginia pose for a macabre photograph during the 1899–1900 term. As part of their studies, these white medical students dissected corpses in the Anatomical Laboratory, a building near the Anatomical Theatre on the university's grounds.

A corpse lies in the laps of the students in the front row, and a dead body in the back row is made to look alive, with a cigarette placed in his mouth and his shriveled arms draped over the shoulders of two of the students. A coffin-like plank at right bears the drawing of a skull and bones and lists ten names, presumably the names of the students. An eleventh name, barely visible, is separated from the other names by two drawn lines—perhaps the name of the African American at left, who holds a saw in one hand and a long knife in another. African Americans worked as custodians in the anatomical buildings.