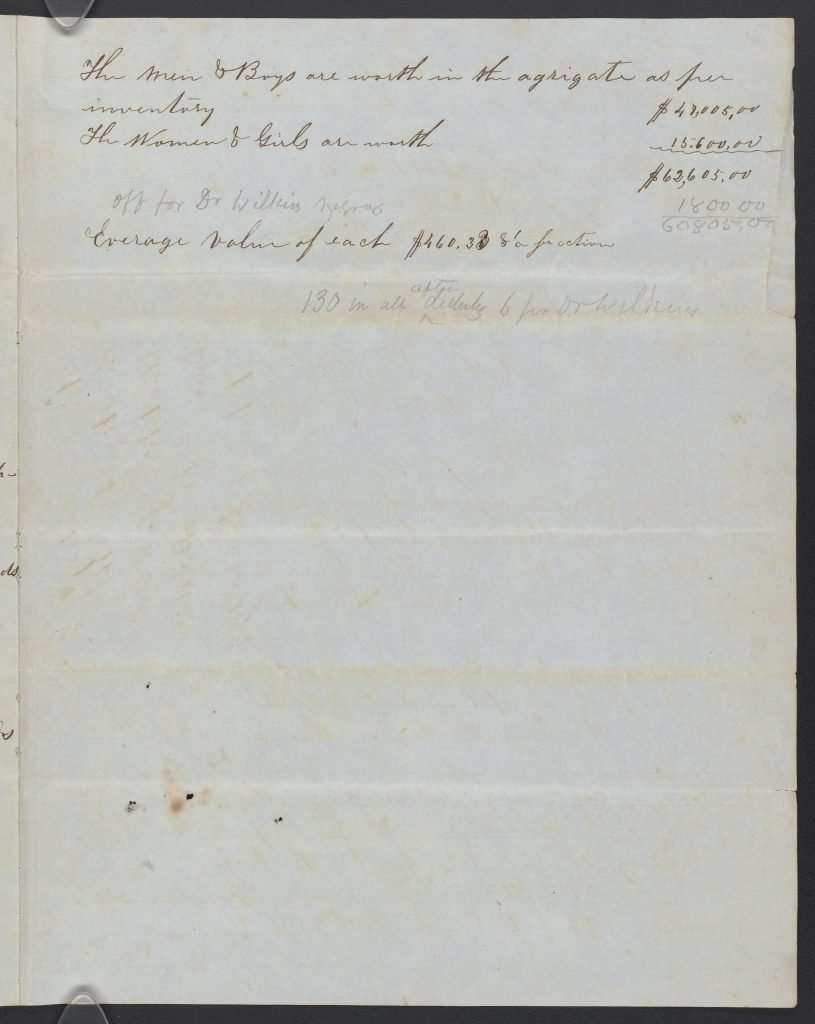 Final Accounting in a Slave Inventory

This is the final page of a nine-page 1849 inventory that lists the 136 slaves—including 92 men and boys, and 44 women and children—at Wilton sugar plantation in St. James Parish, Louisiana. The Virginia planters James Coles Bruce and James Alexander Seddon (the future Secretary of War in the Confederacy) owned this plantation jointly with Dr. William Webb Wilkins of Louisiana. All three men were related by marriage. As listed here, the aggregate value of the slaves at Wilton plantation was $62,605—$47,005 for the men and boys, and $15,600 for the women and girls. $62,000 in today's money is worth nearly two million dollars. The average value of each slave was roughly $460. According to the penciled additions on this sheet, it seems that Wilkins owned only 6 of the slaves and that Bruce and Seddon owned the vast majority of them.