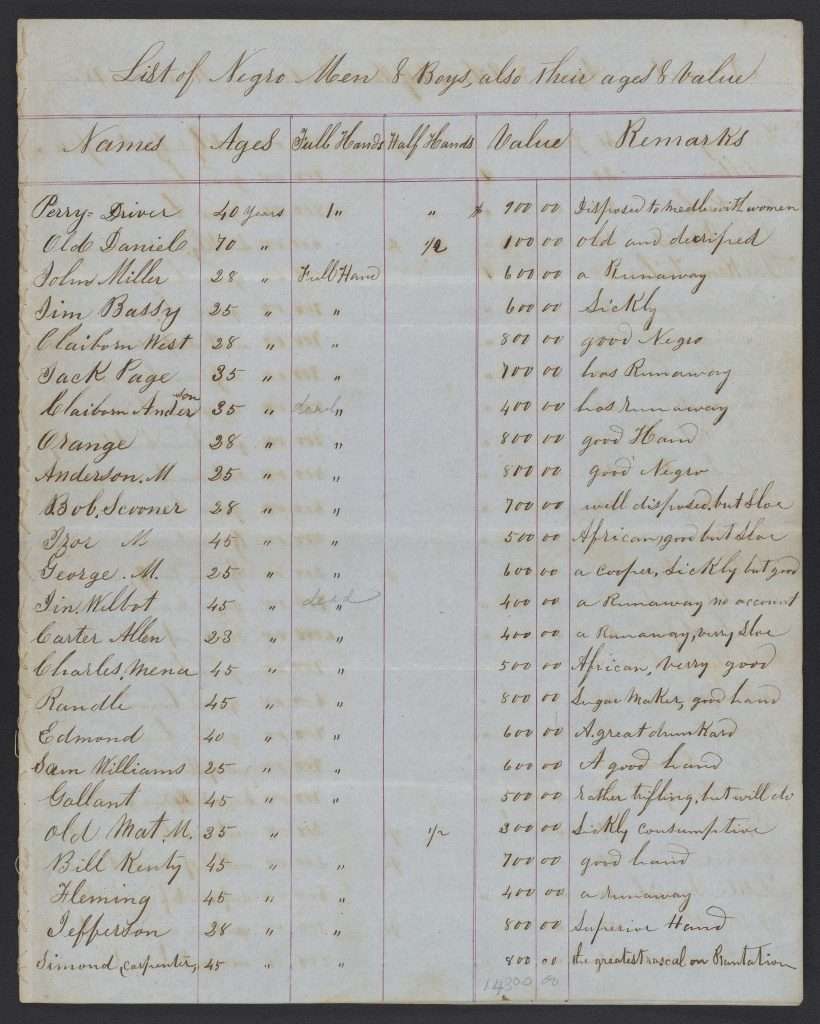 This is the first page of a nine-page 1849 inventory that lists the 136 enslaved people—including 92 men and boys, and 44 women and children—at Wilton sugar plantation in Saint James Parish, Louisiana. The Virginia planters James Coles Bruce and James Alexander Seddon owned this plantation jointly with Dr. William Webb Wilkins of Louisiana. All three men were related by marriage. The inventory includes the ages of the slaves, their individual monetary values, and remarks about their characters. The first man on the list, a forty-year-old driver named Perry, was valued at $900, an extremely high amount, though he is described as being "disposed to medle with women." Others are characterized as being runaways, sickly, "old and decriped," a "great drunkard," a "good hand," a "Superior hand," and "the greatest rascal on [the] Plantation."