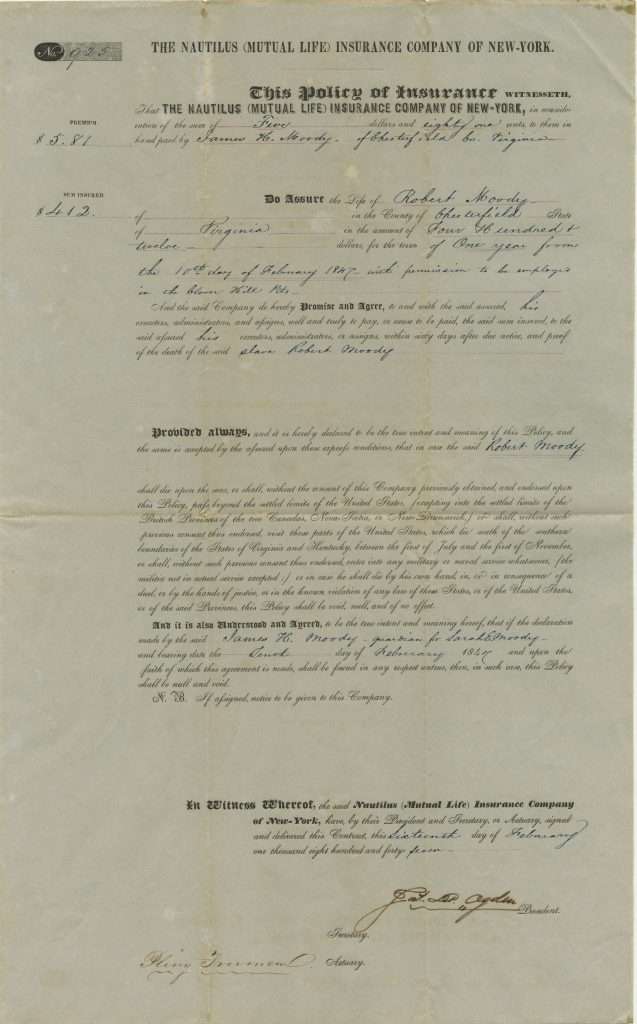 In 1847 James H. Moody of Chesterfield County took out this life insurance policy from the Nautilus (Mutual Life) Insurance Company of New York to cover Robert Moody, his enslaved laborer. Moody was being hired out to work at the Clover Hill Pits, a local coal mine. The one-year premium cost $5.81. The policy specifically excluded the following forms of death from its coverage: drowning at sea, suicide, dying as a result of a duel, or for having violated any laws. For the policy to remain valid, the company required that the policy holder obtain permission in advance for the slave to "pass beyond the settled limits of the United States" (except for a few populated regions in Canada), to travel beyond the southern borders of Virginia or Kentucky between July 1 and November 1, or to "enter into any military or naval service."