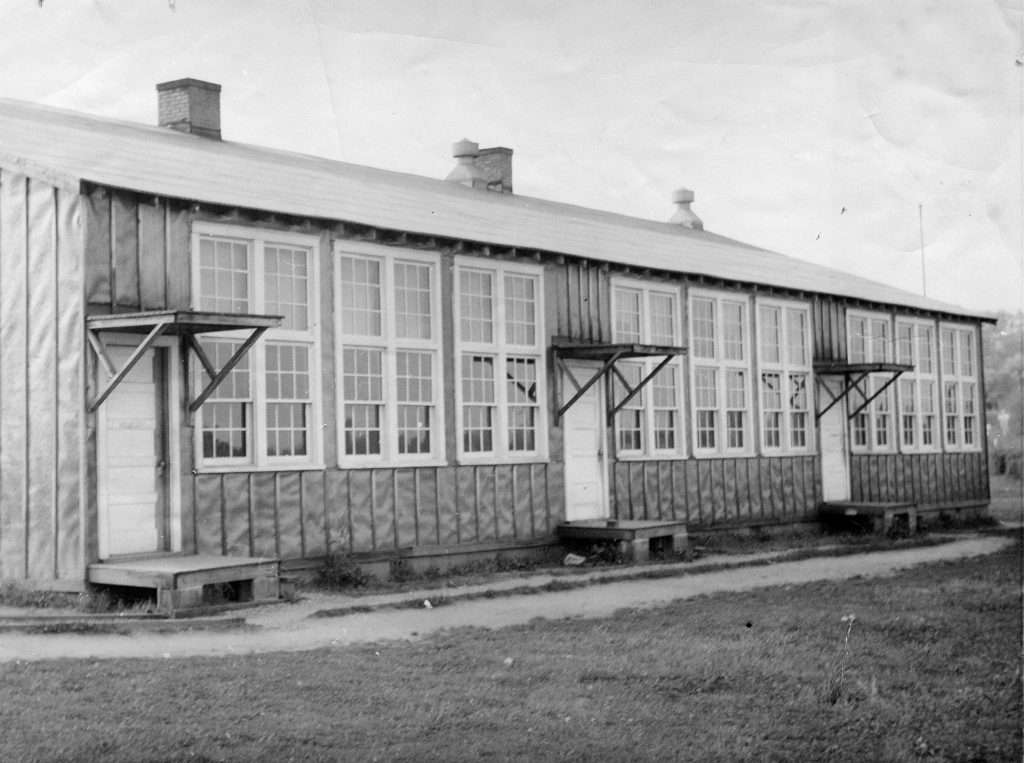 This photograph published in the April 30, 1951, edition of the Richmond Times-Dispatch, shows a wood-framed building covered in tar paper that was being used for classrooms at the overcrowded Robert Russa Moton High School in Farmville. The Moton School, built in 1939 to accommodate 180 students, was the first public school for Black students in Prince Edward County. The school had no dedicated gymnasium, no cafeteria, no science laboratories, and no athletic field. A decade later, the county school district constructed several of these freestanding buildings to accommodate a student population of more than 400. The buildings had no plumbing and were heated by wooden stoves. In 1951, students at the school, led by Barbara Johns, went on strike demanding a new building with better facilities. In its coverage of the student protest, the Richmond Times-Dispatch published this photograph and captioned it, "Tarpaper Building, a Moton School Unit, to Which Striking Pupils Object."