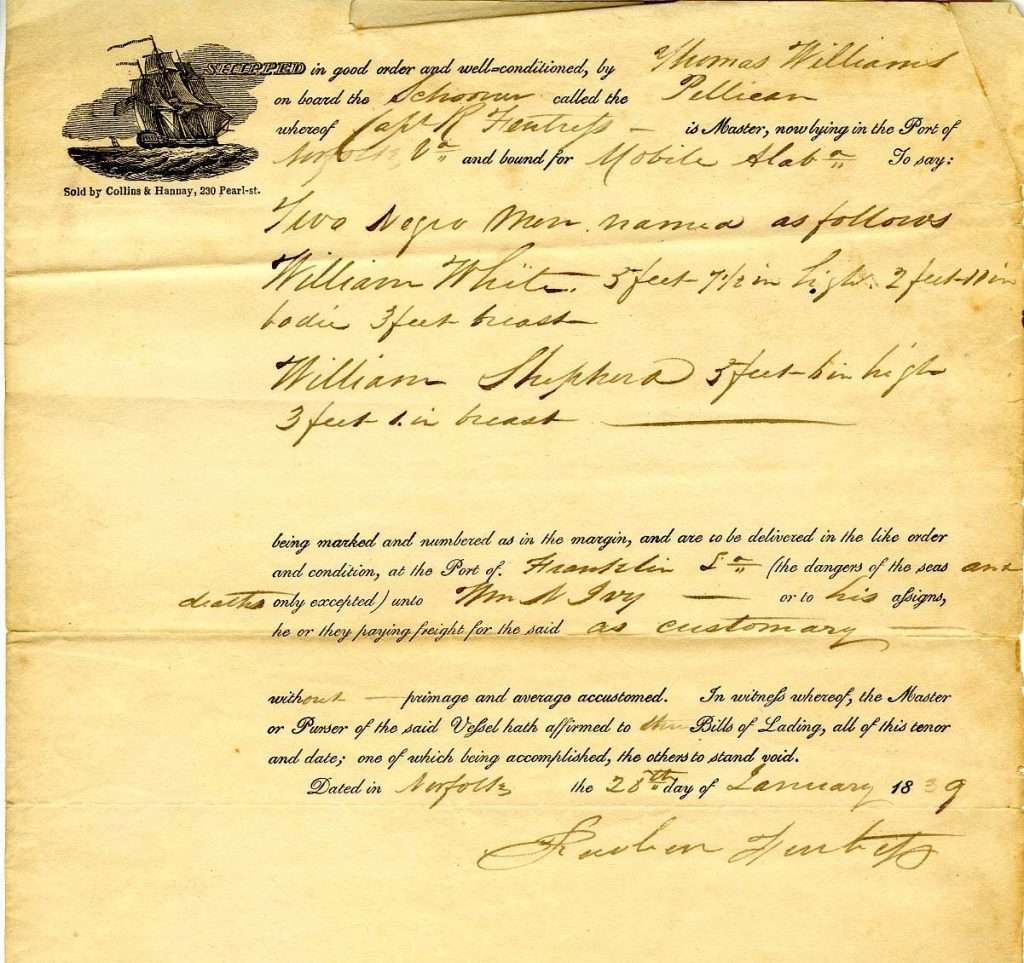 Transporting Slaves Out of Virginia

A bill of lading dated January 28, 1839, states that Captain R. Fentress, master of the schooner Pellican, took on two enslaved men as part of the cargo on his ship leaving Norfolk and heading for Mobile, Alabama. The enslaved men, William White and William Shepherd, are described in the document by their height and chest size. They were to be delivered to the port of Franklin, Louisiana. The slaves were owned by Thomas William and William N. Ivy, who had formed a partnership to buy slaves in Virginia and hire them out in Louisiana. These slaves were sent to work cutting timber on Cypress Island but earned lower wages than expected because they had no previous experience in that kind of labor. White, who had been purchased in Kempsville, Virginia, for $1,000,  “unfortunately drowned,” according to one of the owners, when his boat capsized in Atchafalaya Bay on May 9, 1839.