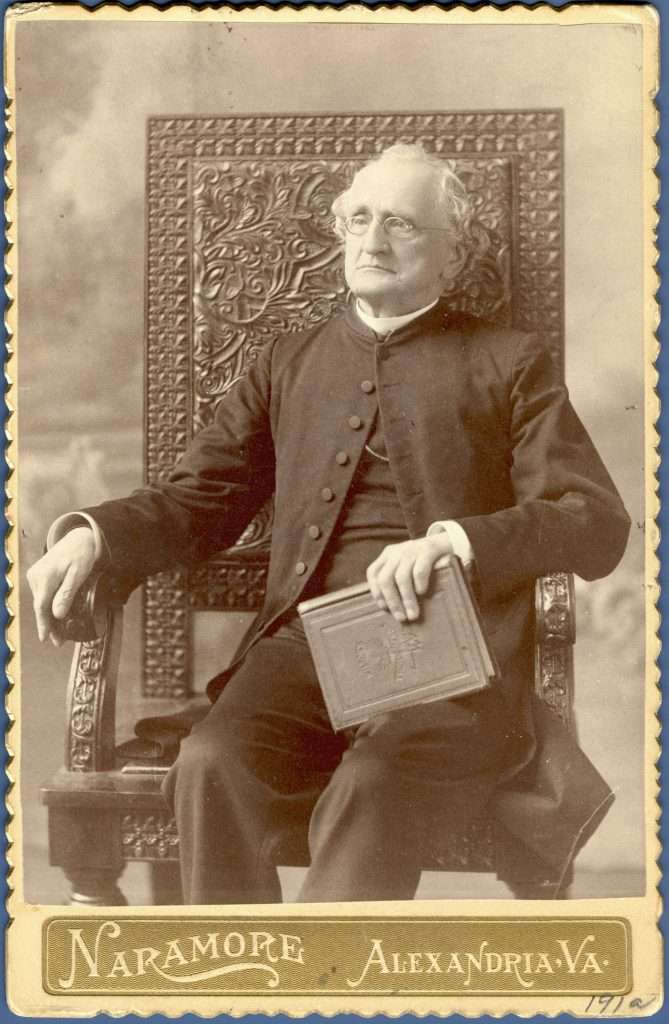 German-born Episcopal clergyman Charles Minnigerode sits in a high-backed carved chair in Alexandria, Virginia, where he lived in semiretirement early in the 1890s and served as chaplain to the Virginia Theological Seminary. Minnigerode began his career in the United States as a teacher of languages, and in 1842 he accepted a position as a professor of humanities at the College of William and Mary in Williamsburg, where he taught Latin and Greek.