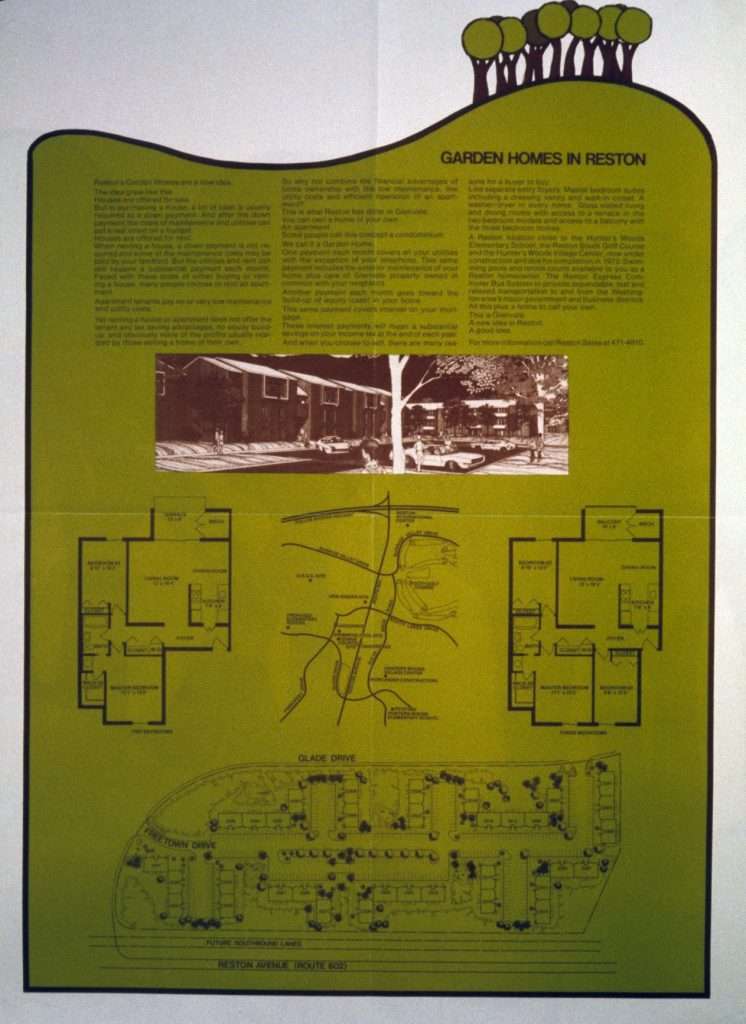 This 1972 advertisement for "Garden Homes in Reston" works to make condominiums in the planned community of Reston, Virginia, seem approachable and affordable by advertising a combination of "the financial advantages of home ownership with the low maintenance, low utility costs, and efficient operation of an apartment." Despite an initial wave of national enthusiasm after its 1964 opening, Reston quickly began to struggle to find homebuyers. By the autumn of 1967, founder Robert E Simon was forced out by his major lender, Gulf Oil. Gulf pledged to stand by Simon's original master plan but concentrated on churning out cost-competitive "production housing" that lacked the architectural distinction of the original clusters but were better able to compete for prospective buyers.