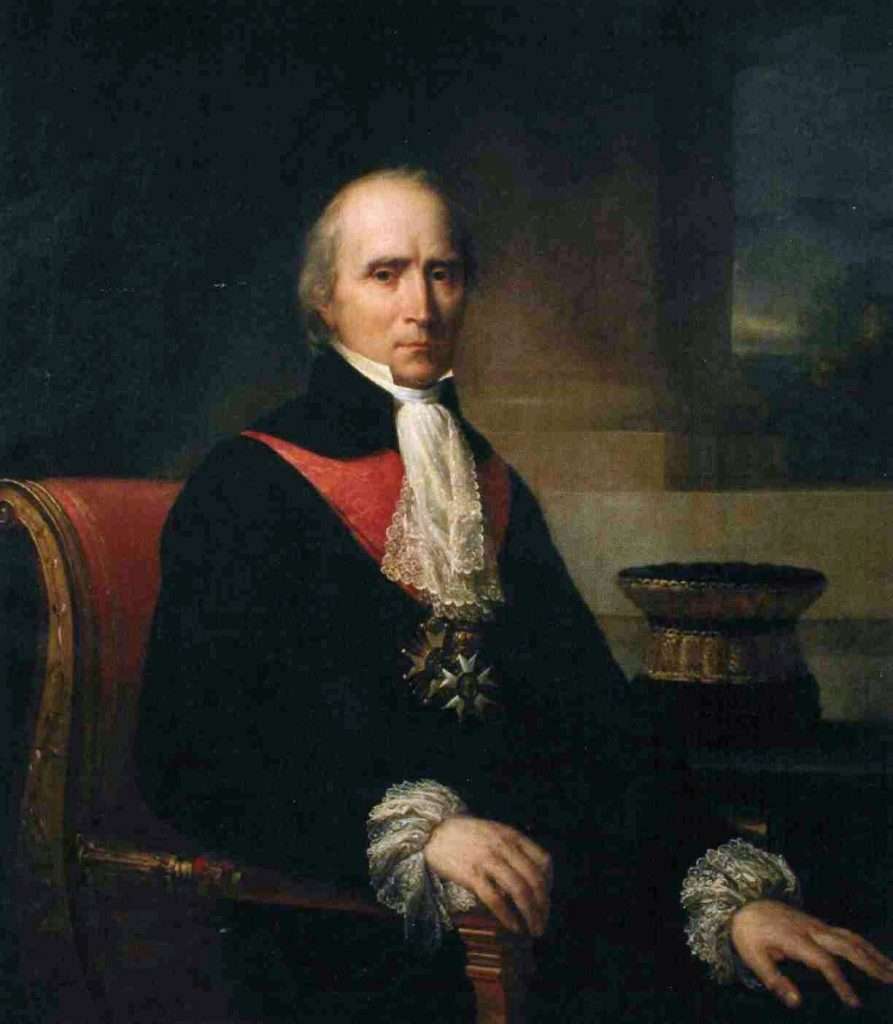 François de Barbé-Marbois, named secretary for the French legation to the United States in 1779, is the subject of this 1835 portrait by Jean François Boisselat. The painting hangs in the Palace of Versailles. In 1780 Barbé-Marbois queried the governors of each state of the newly formed United States about each state's geography, population, history, commodities, natural history, and "Aborigines." Governor Thomas Jefferson's response formed the basis for his Notes on the State of Virginia (1785). While serving as the French treasury secretary in 1803, Barbé-Marbois negotiated the sale of Louisiana to the United States.