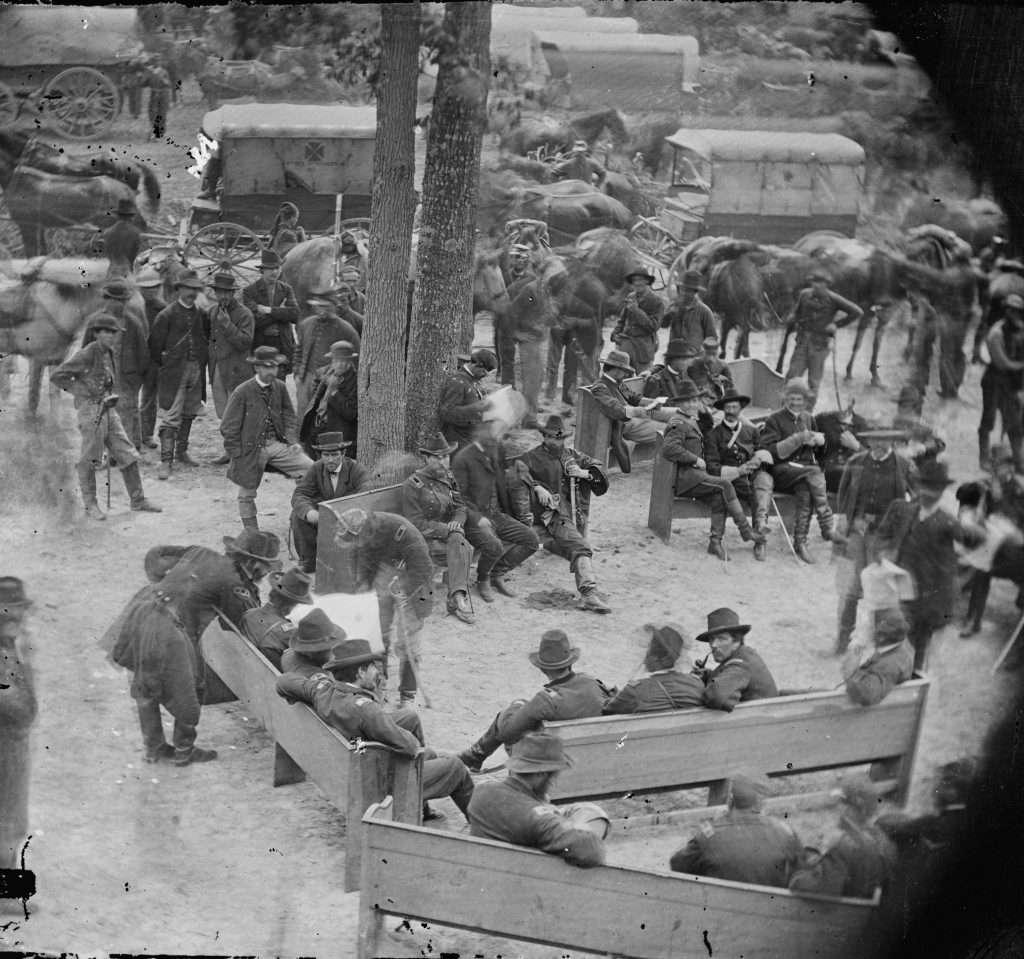 In one of the iconic images of the Civil War, Union general Ulysses S. Grant leans over the shoulder of General George G. Meade to examine a map as they plot strategy in a rural churchyard near Spotsylvania Court House, Virginia. The two generals and their staffs stopped midday at Massaponax Baptist Church on Telegraph Road on May 21, 1864, and photographer Timothy H. O'Sullivan was there to capture their ad hoc conference. Pews were removed from the small brick church so that the officers could sit (the pews are still preserved at the church); however, O'Sullivan wanted to capture the scene from a height, so he clambered up to the second floor of the church and took a series of photographs from there.