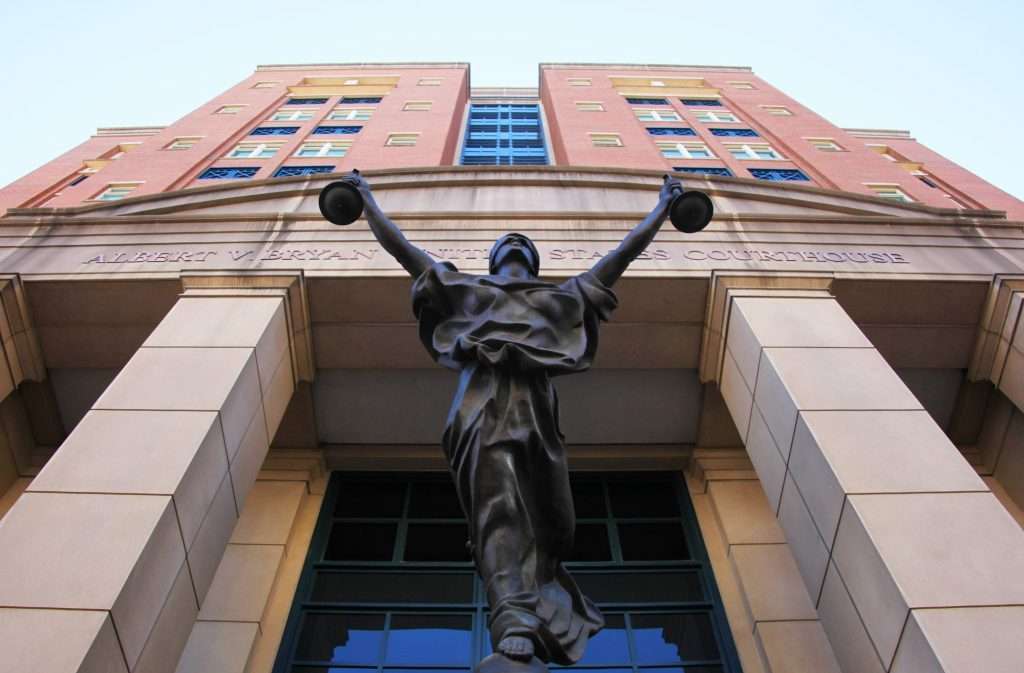 A bronze statue titled Justice Delayed, Justice Denied projects from the front of the Albert V. Bryan United States Courthouse, in Alexandria. In 1995 Congress named the courthouse for Bryan, a federal district court and circuit court of appeals judge during a crucial period in the fight over the desegregation of public schools. Bryan's legal decisions effectively slowed, but did not stop, the desegregation of Virginia's public schools. The sculptor depicts the figure of Justice blindfolded and holding aloft scales in each hand. She stands over a pedestal inscribed with the words, "Justice Delayed, Justice Denied."