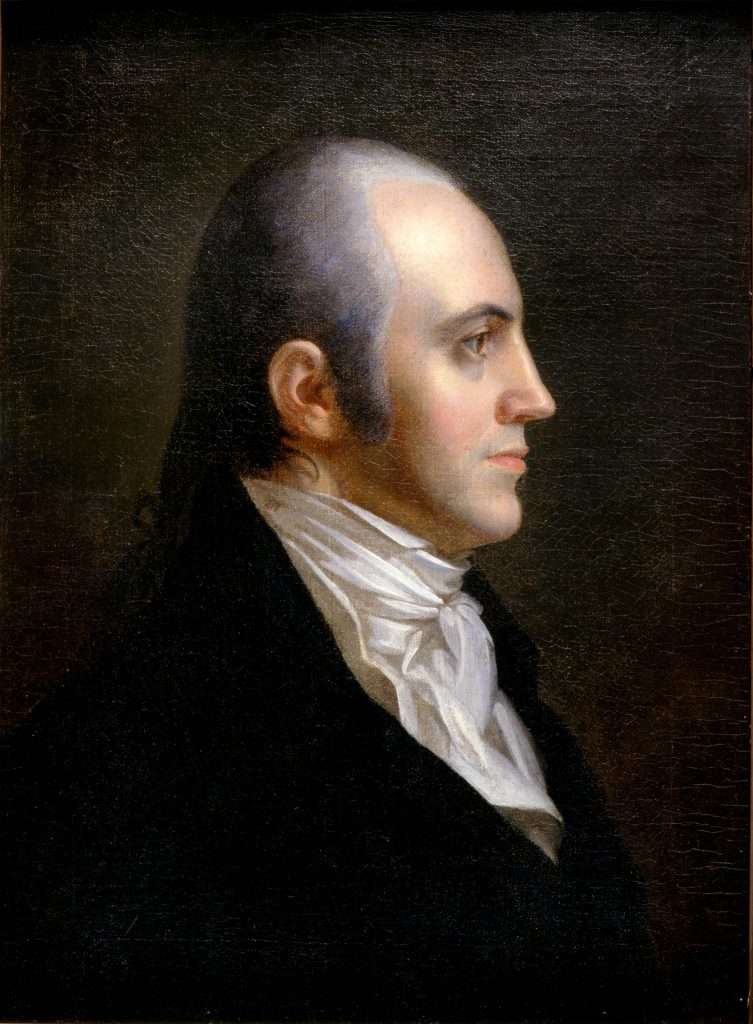 Aaron Burr—the third vice president of the United States (1801–1805) who killed his political rival, Alexander Hamilton, in a duel in 1804, and then was tried and acquitted of treason in 1807—is the subject of this oil portrait painted by John Vanderlyn in New York City in 1802. At about the same time the artist made a pendant portrait of Burr's newly married daughter, Theodosia Burr Alston.