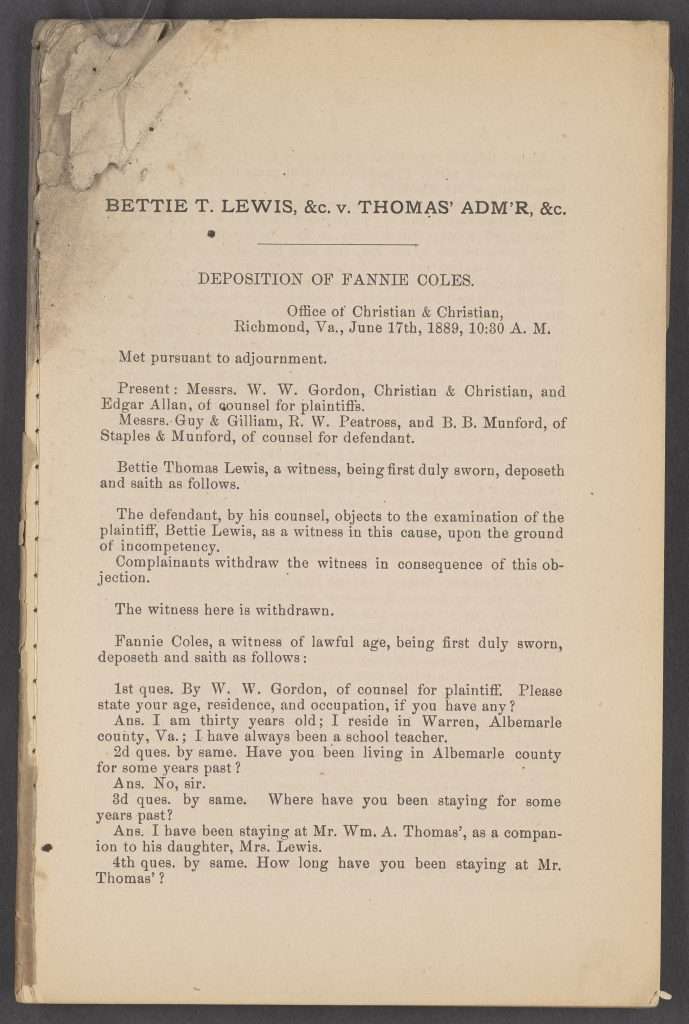 This is the first page of the 1889 printed deposition of Fannie Coles, a mixed-race woman who served as a key witness in the legal case Thomas's Administrator v. Bettie Thomas Lewis.  Lewis claimed ownership of property that had been promised to her by her father, William A. Thomas, on his deathbed; lawyers representing the administrators of the estate objected to her legal claim. Coles, who lived in the household as a companion to Thomas's daughter, testified that Thomas made his intentions clear that he wanted his mixed-race daughter to inherit his estate. Coles was deposed on June 17, 1889, in the law offices of Christian and Christian in Richmond, part of the legal team representing the estate's administrators, who opposed Bettie T. Lewis. In 1891 the Richmond Court of Chancery ruled in Lewis's favor, allowing her to inherit the bulk of her father's estate; in 1892, the ruling was upheld by the Virginia Supreme Court of Appeals.