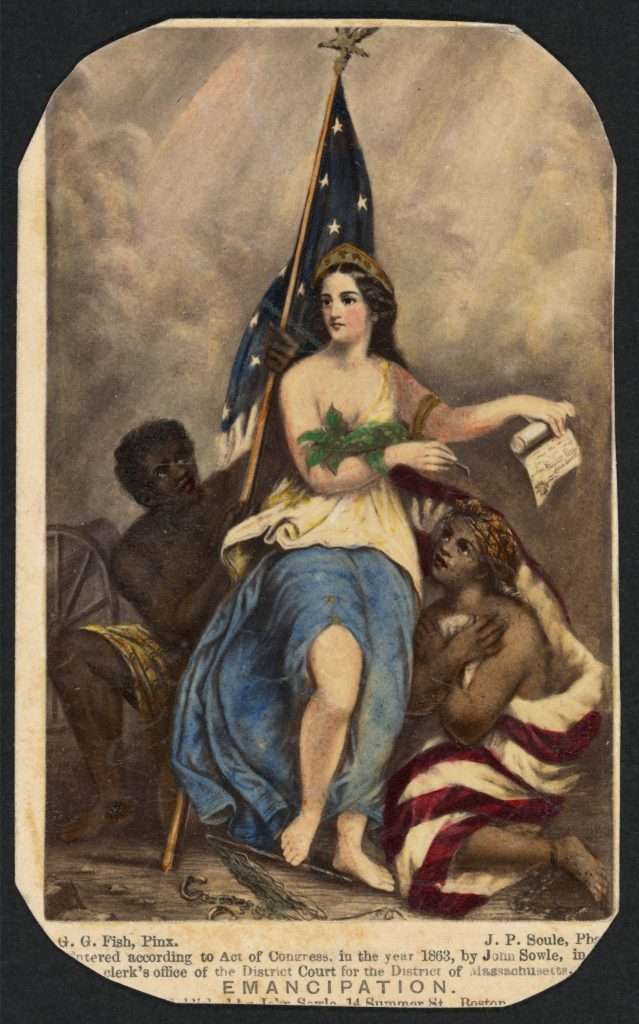 In a hand-colored print titled Emancipation, Columbia, a symbolic personification of America, holds aloft a document that ends with the words "Forever Free." Two former slaves, surrounded by the American flag, their chains broken in the foreground, look upon the figure of liberty. Published in Boston in 1863, this image celebrated the Emancipation Proclamation that had been issued by U.S. president Abraham Lincoln in January of that year. According to that executive order, all slaves in the Confederate states, including Virginia, were declared free.