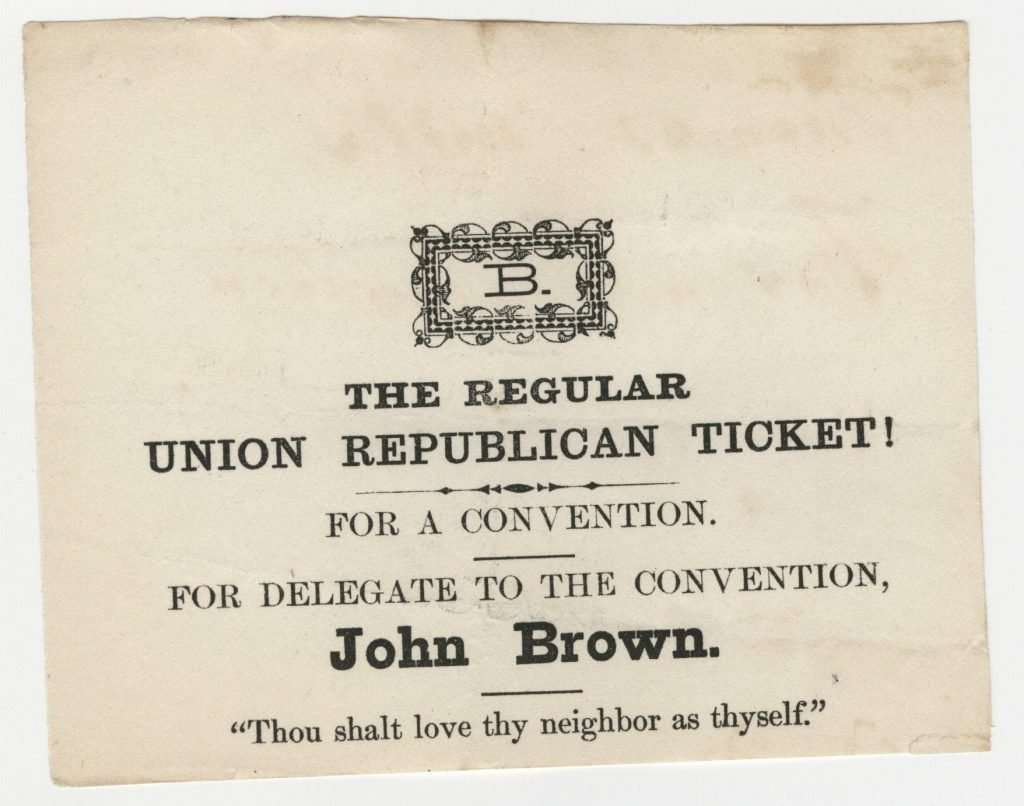 Featured here is a ballot for John Brown, the African American candidate seeking to represent Southampton County in the Constitutional Convention of 1867–1868. Almost 98 percent of registered African American voters in the county came to the polls on October 22, 1867, and all of them cast their ballots for Brown. A single white voter also supported him. Brown easily defeated his two white opponents. This was the first election in Virginia history in which African American men were allowed to vote and those votes were counted.