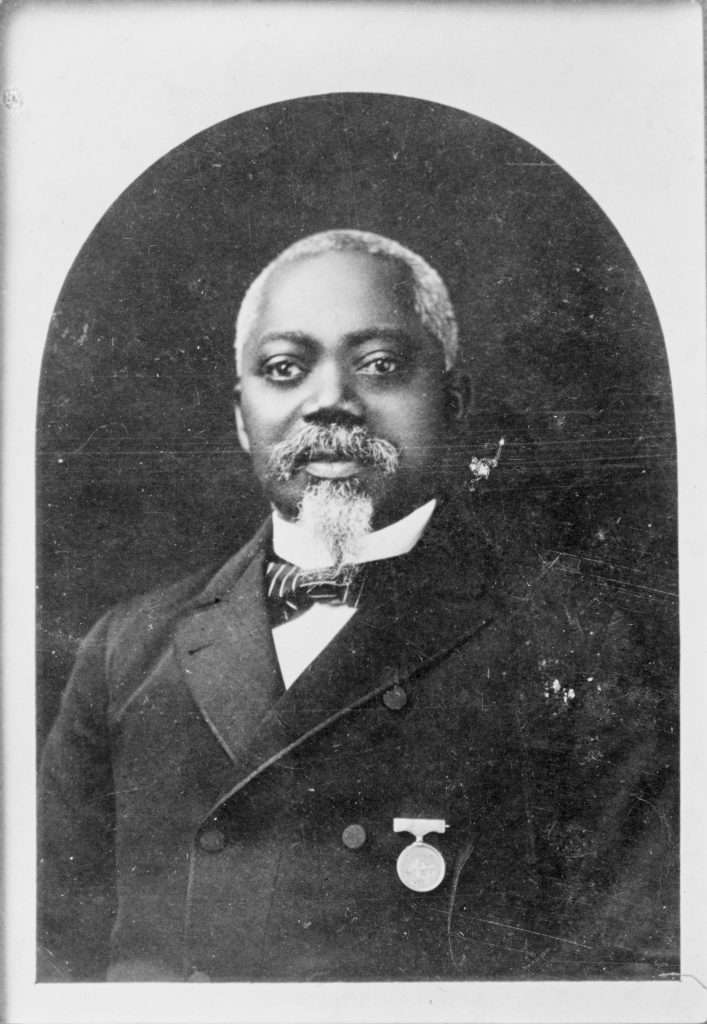 In a photographic portrait made about 1900, the Medal of Honor recipient William H. Carney, who was born enslaved in Norfolk, wears the award bestowed upon him for his service during the Civil War. Carney, a sergeant in the 54th Massachusetts Volunteer Infantry, was honored for his bravery during the assault on Fort Wagner, in South Carolina, on July 18, 1863. After the color guard fell in battle, Carney took up the American flag and continued carrying it throughout the assault and the subsequent retreat, despite being seriously wounded. This photograph is included in a collage of fifteen portraits of African American Medal of Honor recipients, part of a photographic collection assembled by the civil rights activist W. E. B. DuBois for an exhibit at the Paris Exposition of 1900.