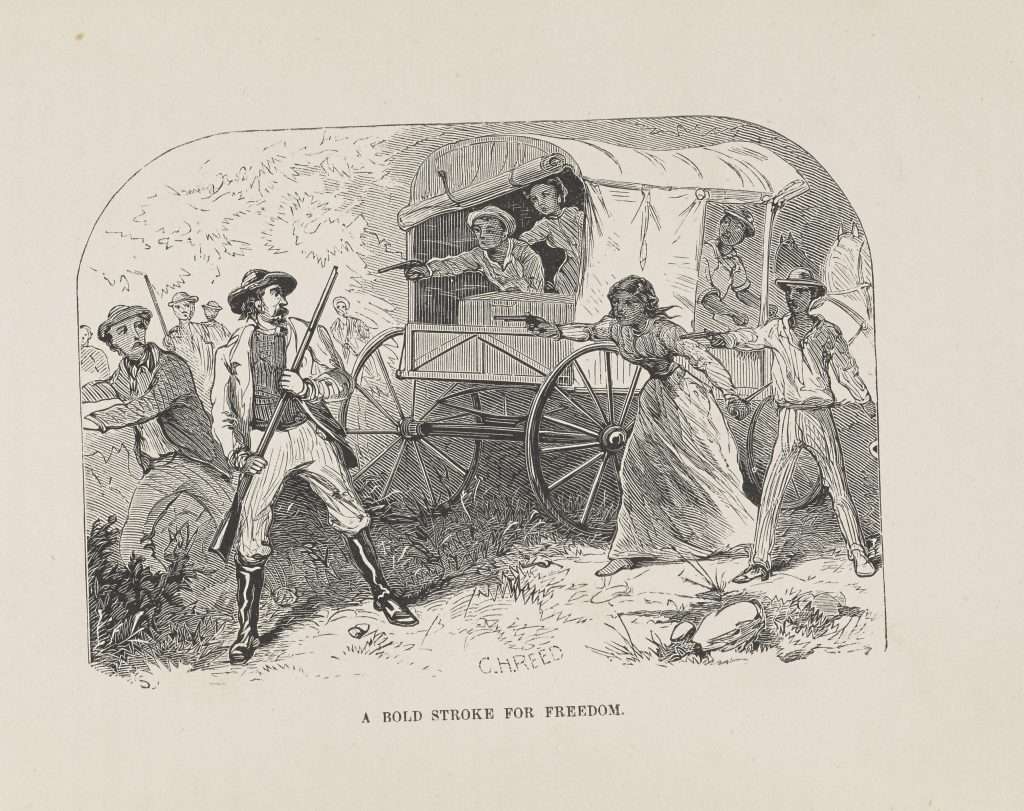 A Bold Stroke for Freedom.

An engraving titled A Bold Stroke for Freedom depicts a group of men and women fleeing enslavement in a covered wagon. The enslaved draw pistols to defend themselves from pursuing armed white men. This engraved scene was published in William Still's The Underground Rail Road (1872).

Citation: The Underground Rail Road. A Record of Facts, Authentic Narratives, Letters, &c., Narrating the Hardships Hair-breadth Escapes and Death Struggles of the Slaves in their efforts for Freedom, as Related by Themselves and Others, or Witnessed by the Author; Together with Sketches of Some of the Largest Stockholders, and Most Liberal Aiders and advisers, of the Road. E 450 .S85 1879. Special Collections, University of Virginia, Charlottesville, Va.