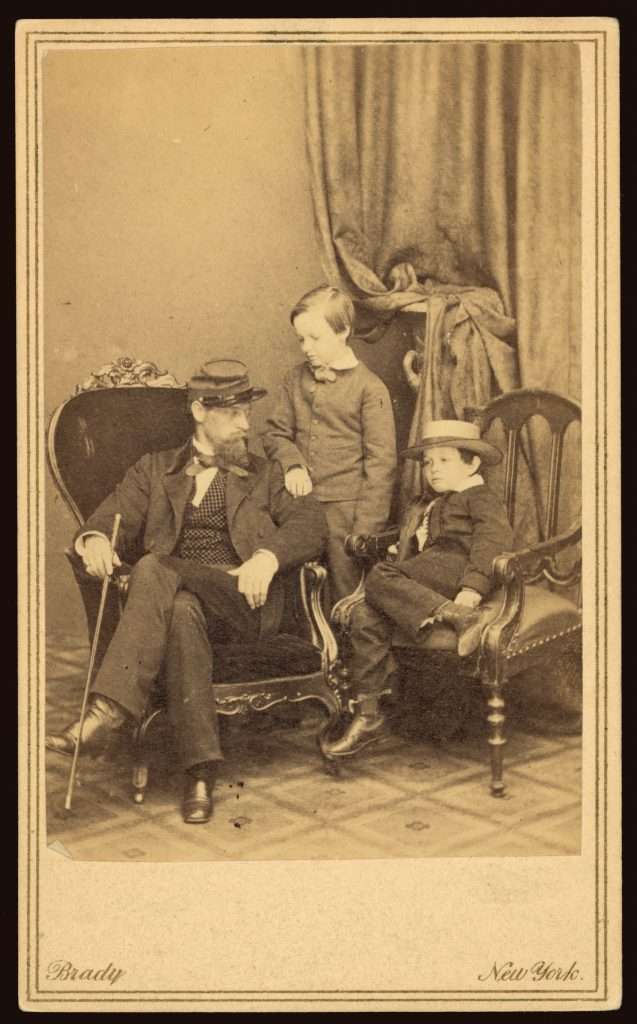 Willie and Tad Lincoln with a Cousin

A group portrait taken at Mathew Brady's photographic studio in Washington, D.C., depicts William "Willie" Lincoln (left) and his younger brother, Thomas "Tad" Lincoln, sons of President Abraham Lincoln and his wife, Mary Todd Lincoln. The boys resided in the White House with their parents at the time this image was made in 1861. Sitting with them is Lockwood Todd, a nephew of Mary Todd Lincoln. Willie died of typhoid fever on Feb. 20, 1862, at the age of eleven, and Tad died of heart failure in 1870 at the age of eighteen. The Lincolns had two other sons—Edward,who died in 1850 at the age of three, and Robert, who was the only son to survive to adulthood.
FEATURED IN