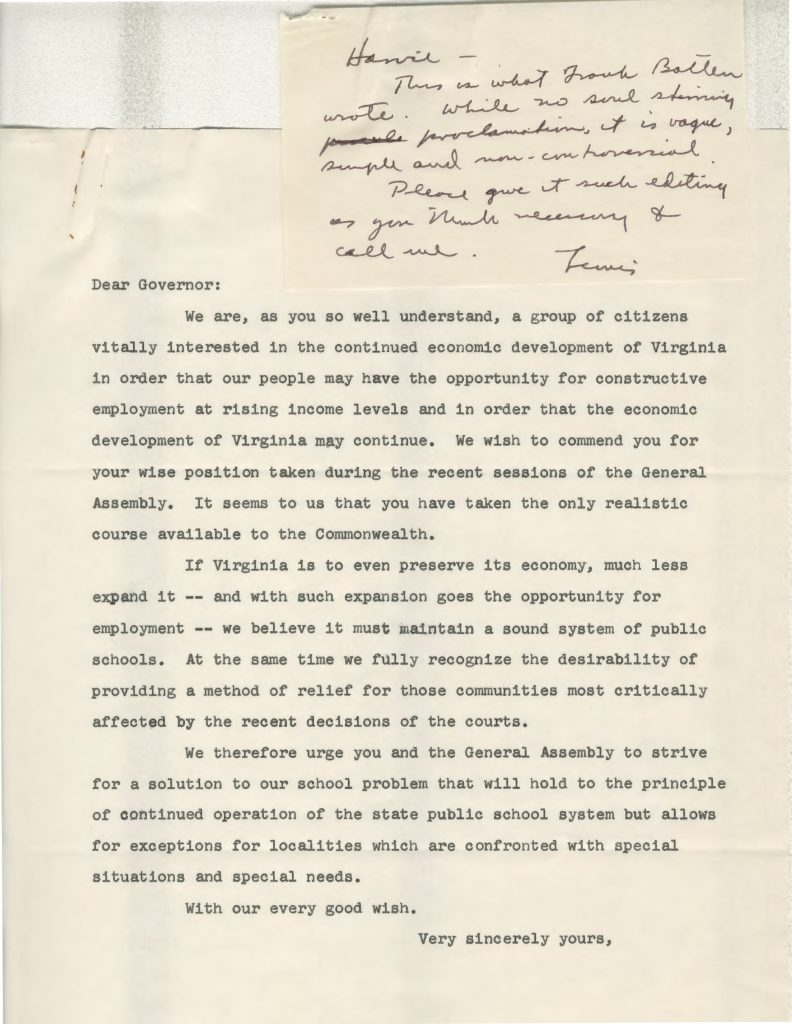 A February 1959 letter drafted by Frank Batten, publisher of the Virginian-Pilot in Norfolk and one of the four leaders of the Virginia Industrialization Group, appeals to Governor J. Lindsay Almond to "maintain a sound system of public schools" as the only way to preserve and expand economic development in Virginia. Almond was a ardent supporter of the policy of Massive Resistance, which resorted to closing public schools in the state rather than submitting to federally-mandated integration. A hand-written annotation at the top of the letter was written by Lewis Powell Jr., a Richmond attorney who was also part of this industrialization group. He writes to another fellow member, Harvie Wilkinson, president of the state Planters Bank of Commerce & Trust in Richmond, asking if he wants to edit the letter in any way. The group wanted to bring an end to Massive Resistance, but did not want to confront the governor directly about that issue. Thus, as Powell's hand-written notes says, in part:

This is what Frank Batten wrote. While no soul stirring proclamation, it is vague, simple and non-controversial.