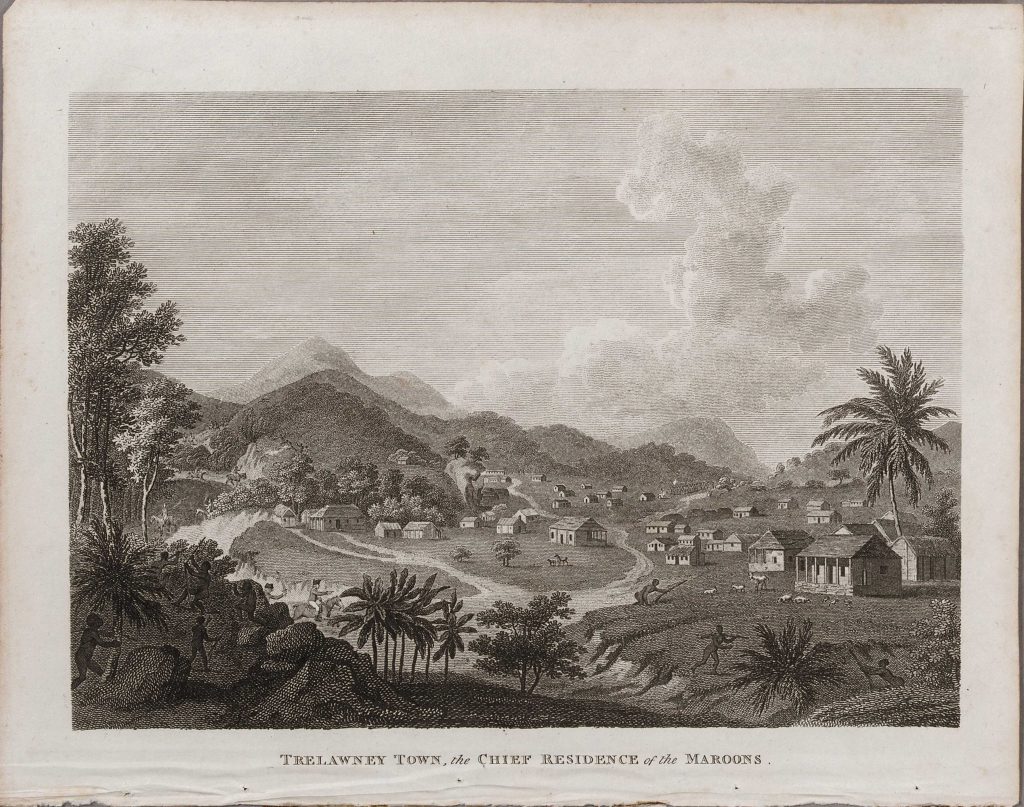 Trelawney Town, the Chief Residence of the Maroons.

British soldiers on horseback—one of whom is brandishing a sword—approach Cudjoe's Town (renamed Trelawney Town by the British colonists), a long-established community in the mountains of central Jamaica inhabited by maroons, self-emancipated enslaved people and their descendants. Armed residents trying to protect their community are seen crouching behind rocks and trees. This land had been secured by the maroons in a 1739 treaty between the British governor of Jamaica and the maroon leader Cudjoe. However, British fears of the maroon presence persisted over the years, and in the 1790s a minor confrontation turned into a full-blown armed conflict: the Second Maroon War that lasted for eight months in 1795 and 1796. Despite their skill in guerrilla warfare, the maroons were defeated by the more powerful British forces, and many maroons were exiled. Nonetheless, the maroon communities survived in Jamaica, and descendants still live there.

This etching was published in The History, Civil and Commercial, of the British Colonies in the West Indies by Bryan Edwards (1801).