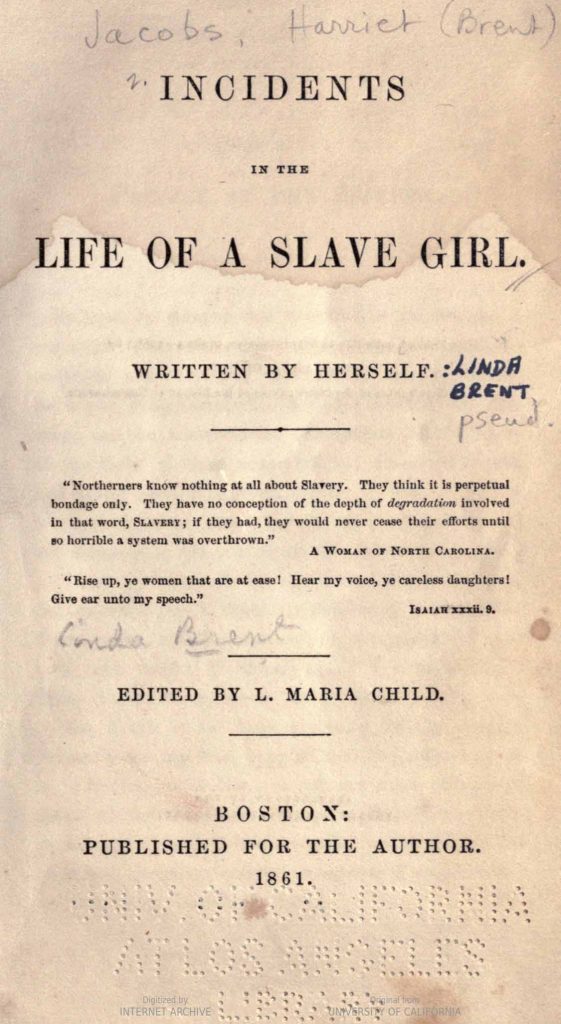 Incidents in the Life of a Slave Girl. Written by Herself.

This is the title page of Harriet Jacobs's Incidents in the Life of a Slave Girl, Written by Herself (1861), a slave narrative published under the pseudonym Linda Brent. The book describes the brutality and sexual violence Jacobs suffered at the hands of her enslaver in North Carolina before she self-emancipated to the north. An epigraph for the book reads:

"Northerners know nothing at all about Slavery. They think it is perpetual bondage only. They have no conception of the depth of degradation involved in that word, SLAVERY; if they had, they would never cease their efforts until so horrible a system was overthrown." A WOMAN OF NORTH CAROLINA.