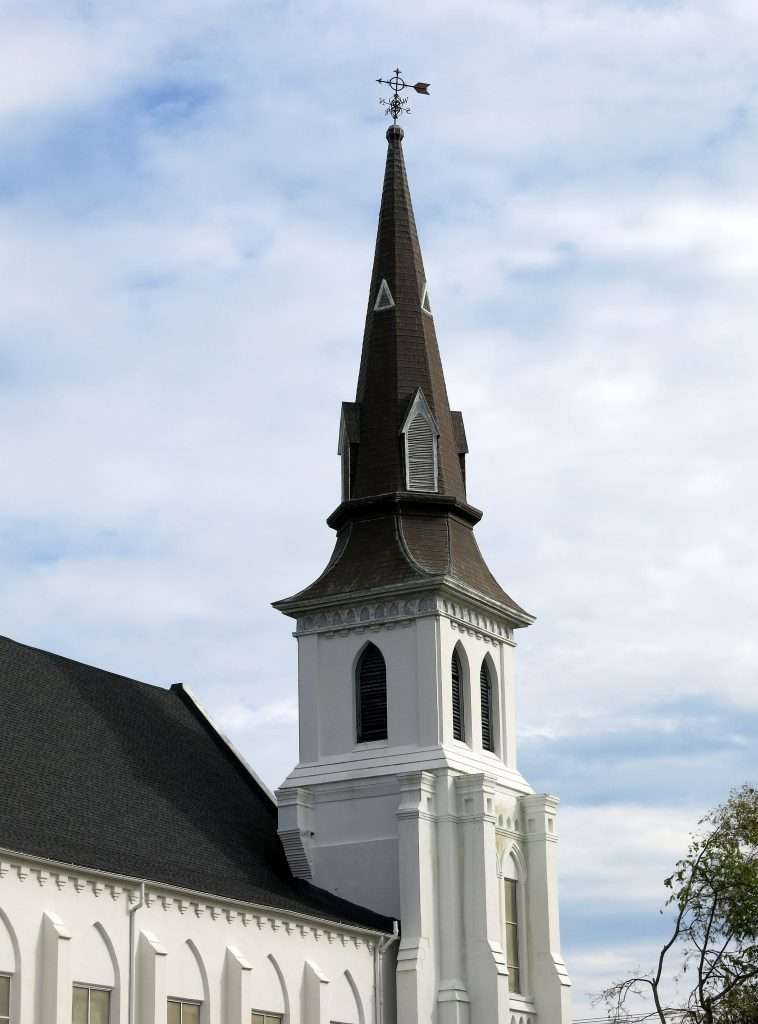 This is the steeple of Emanuel African Methodist Episcopal (AME) Church in Charleston, South Carolina, the oldest AME congregation in the South. The church was established about 1815 as the Hampstead Church, and one of its founders, Denmark Vesey, was executed in 1822 for plotting a slave revolt. In 1834 the all-white city government banned all-black churches, so the congregation met secretly until the end of the Civil War. A wooden church was built between 1865 and 1872, but was destroyed by an earthquake in 1882. A decade later this brick and stucco building on Calhoun Street was completed and remains in use. In 1962 the civil rights leaders Dr. Martin Luther King and Reverend Wyatt T. Walker spoke at the church, urging members to vote.

This historic church was the site of mass murder on June 17, 2015, when the white supremacist Dylann Roof shot and killed nine African Americans during a prayer service.