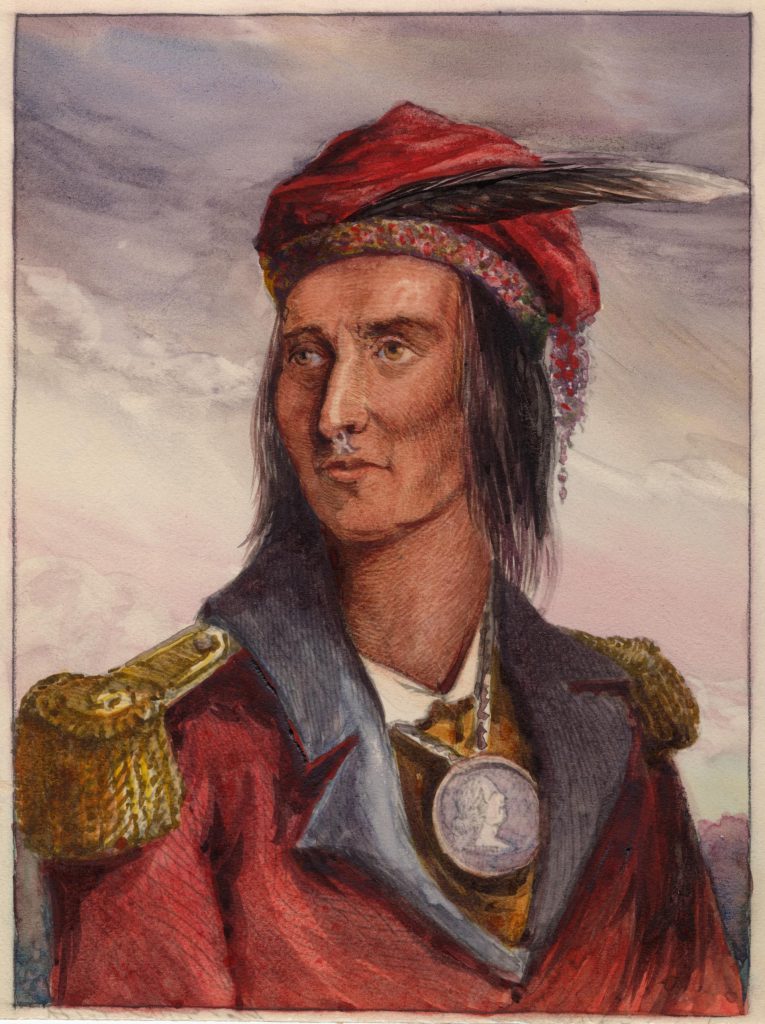 Shawnee chief Tecumseh sports a nose ring, wears a British uniform with epaulets, and has a medallion of King George III draped around his neck in this 1915 watercolor print. Tecumseh was a late-eighteenth to early-nineteenth century orator, warrior, and native leader from present-day Ohio who tried to thwart American expansion into ancestral native lands.

The original version of this image was a sketch by Pierre le Dru, a French portrait painter and fur trader, that depicted Tecumseh in native garb and without the nose ring. A subsequent 1868 engraving by Benson John Lossing—who never met Tecumseh—arrayed the native leader in military garb and nose ring. This 1915 colored version was based on the Lossing engraving.