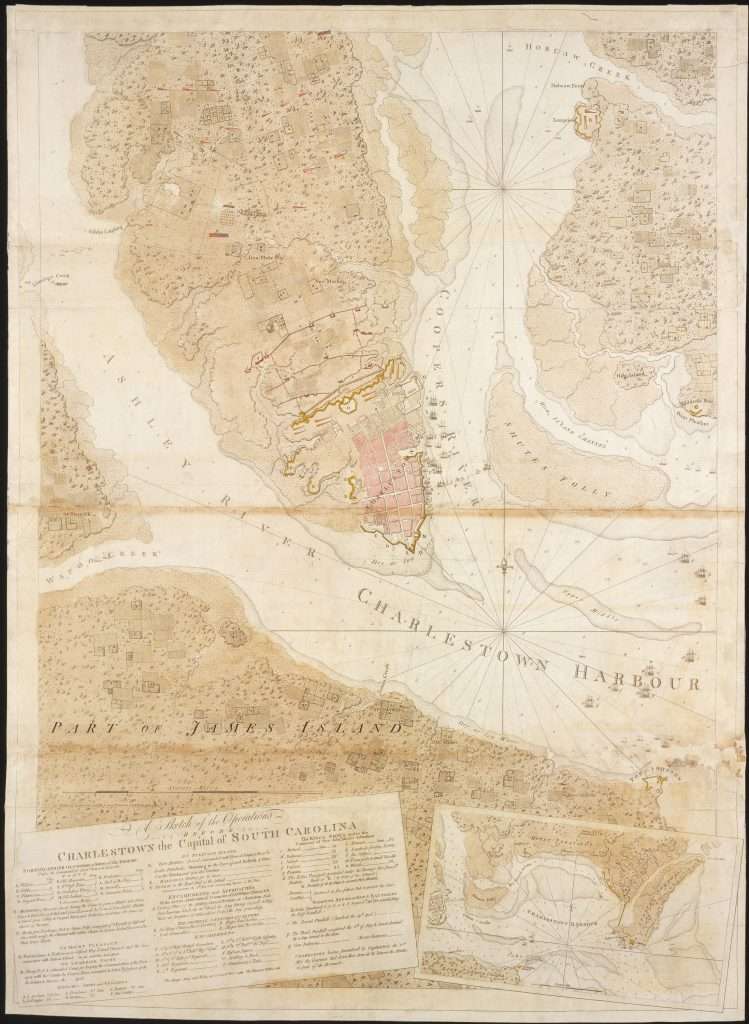 This hand-colored map details the British siege of Charleston that took place on May 12, 1780, under the command of Sir Henry Clinton. The cartouche at lower left contains a key to the location of the American ships and fortifications protecting the city, as well as the British encampments surrounding it. Clinton, having sailed from New York, led his troops into Charleston, while a fleet of ships (seen at far right) under Vice Admiral Marriot Arbuthnot sealed off the harbor. American forces in Charleston under Major General Benjamin Lincoln were vastly outnumbered. Lincoln surrendered more than 5,000 men to Clinton—the largest number of prisoners captured by the British in one battle during the war. This engraving was published in London on June 17, 1780, in accordance with an act of Parliament.