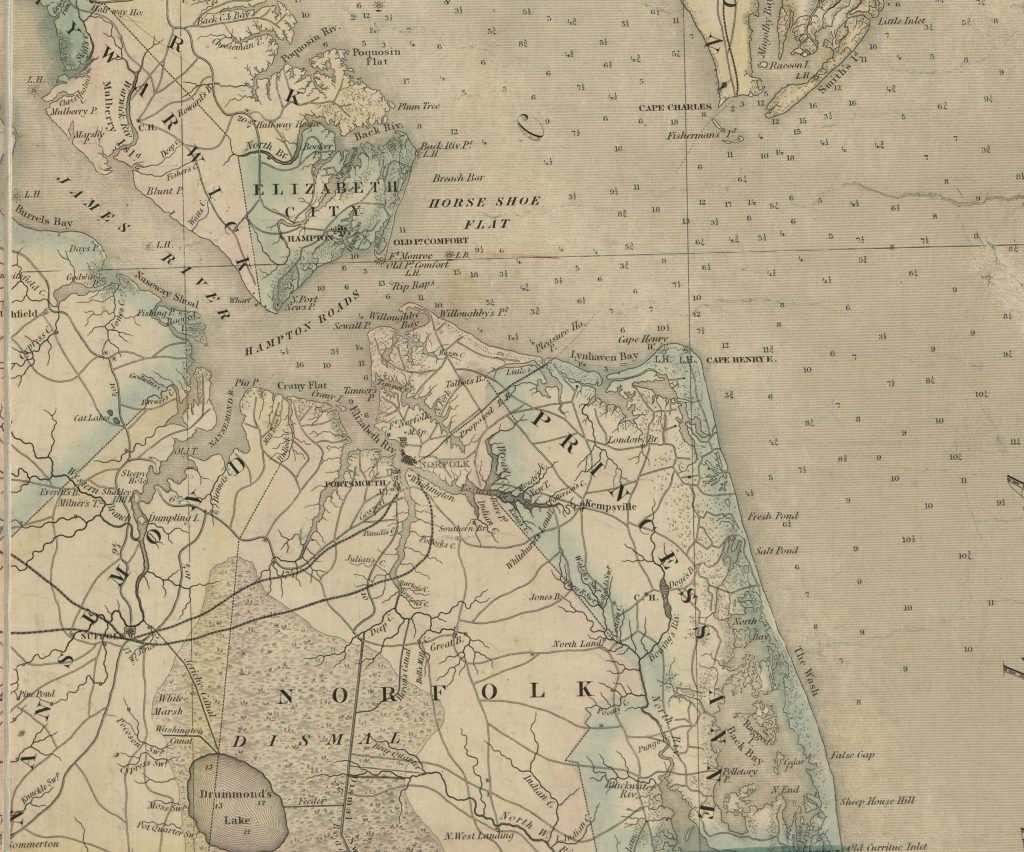 This detail from a nineteenth-century map of Virginia shows the Hampton Roads region in the far southeastern portion of the state. Three rivers—the James, Nansemond, and Elizabeth—flow into the Hampton Roads channel at center. That protected channel empties into Chesapeake Bay, which opens onto the Atlantic Ocean. This convergence of waterways makes Hampton Roads one of the largest natural harbors in the world. Princess Anne County, at far right, is no longer a county; it is now the city of Virginia Beach, with the Cape Henry lighthouse at its northern tip. Similarly, the surrounding counties of Norfolk, Nansemond, Elizabeth City, and Warwick, political entities that dated back to the colonial era, no longer exist as counties.