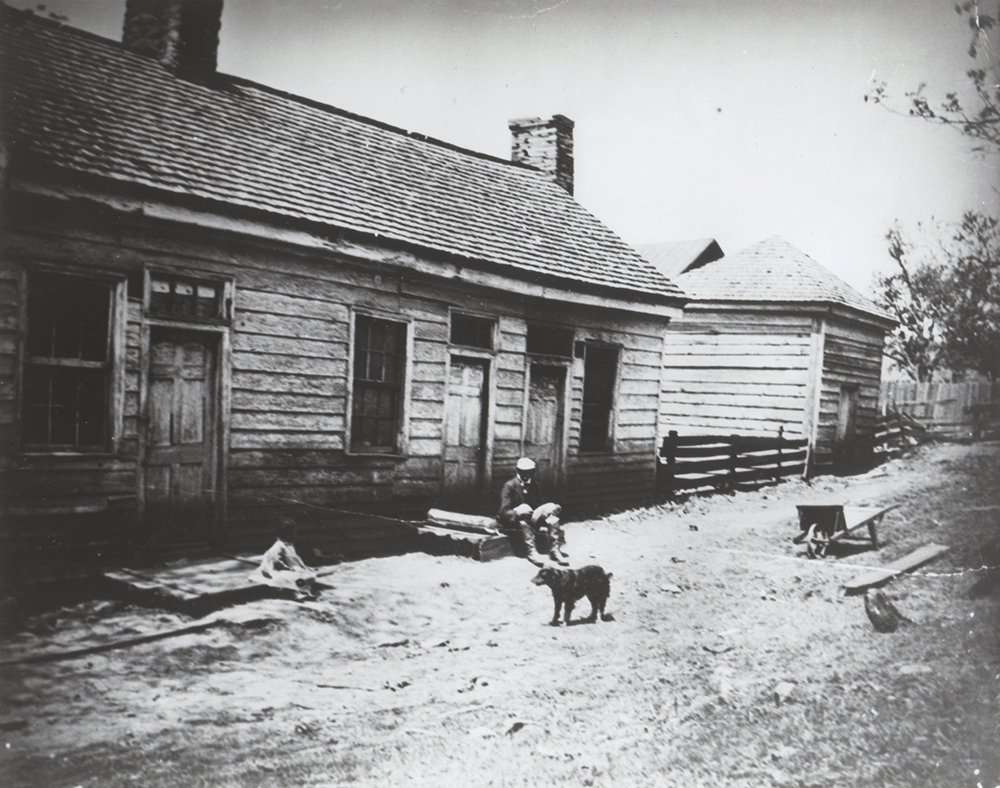 Quarters for the Enslaved at James Monroe’s Highland

This 1908 photograph shows a three-room dwelling, known as a triplex, that probably housed members of the enslaved community at James Monroe's Highland before the Civil War. Architectural elements indicate that the dwelling may have been constructed in the 1840s or 1850s. It is likely that older quarters for the enslaved were previously located on the same site.

In the 1980s, Highland built a structure that replicated the enslaved dwelling seen in this photograph.