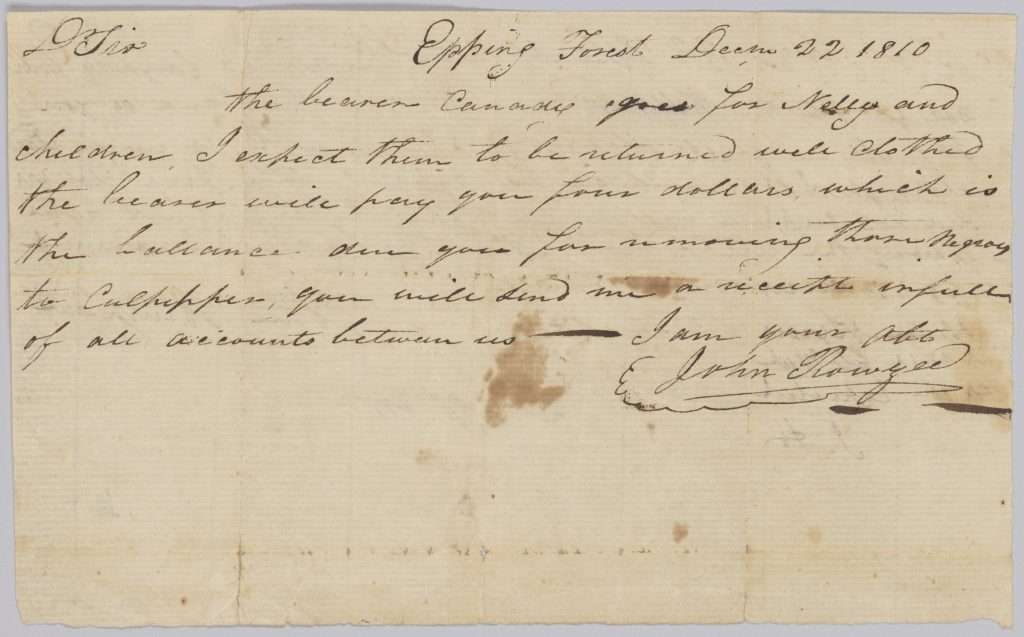 Hiring Out a Mother and Her Children

This December 22, 1810, letter from John Rouzee of Essex County concerns a deal previously brokered in which an enslaved mother named Nelly and her children had been hired out to John Henshaw of Orange County. Rouzee writes that the the bearer of this note, a man named Canady, has brought Henshaw the $4 owed to him, the balance of expenses incurred in moving the hired-out family to Culpeper. Canady apparently is charged with paying Henshaw and then bringing the enslaved mother and children back to Rouzee's plantation in Essex, as it is the end of their hired-out term. In his note, Rouzee adds that he expects the enslaved family will be "well clothed" upon their return. On the back of this note Henshaw acknowledges that he received $4 from Canady on December 26, 1810, but disputes how much he was actually owed. Henshaw claims that, in fact, he was owed $5 rather than $4. It is not known if that dispute was ever settled.