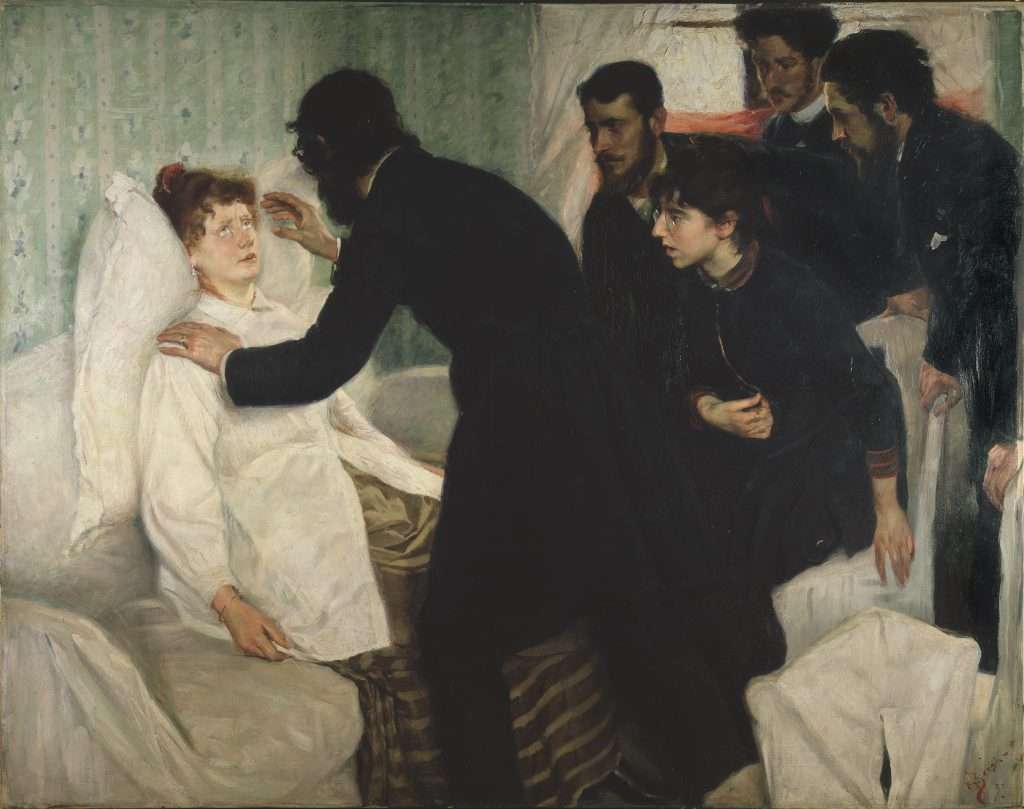 This 1887 painting titled Hypnotisk Seans (Hypnotic Séance) depicts a woman undergoing hypnosis in an attempt to communicate with spirits from the afterlife. With the growing interest in spiritualism in the nineteenth century, séances became popular. Even First Lady Mary Todd Lincoln, after the loss of her son Willie in 1862, organized a series of séances that were held in the White House.