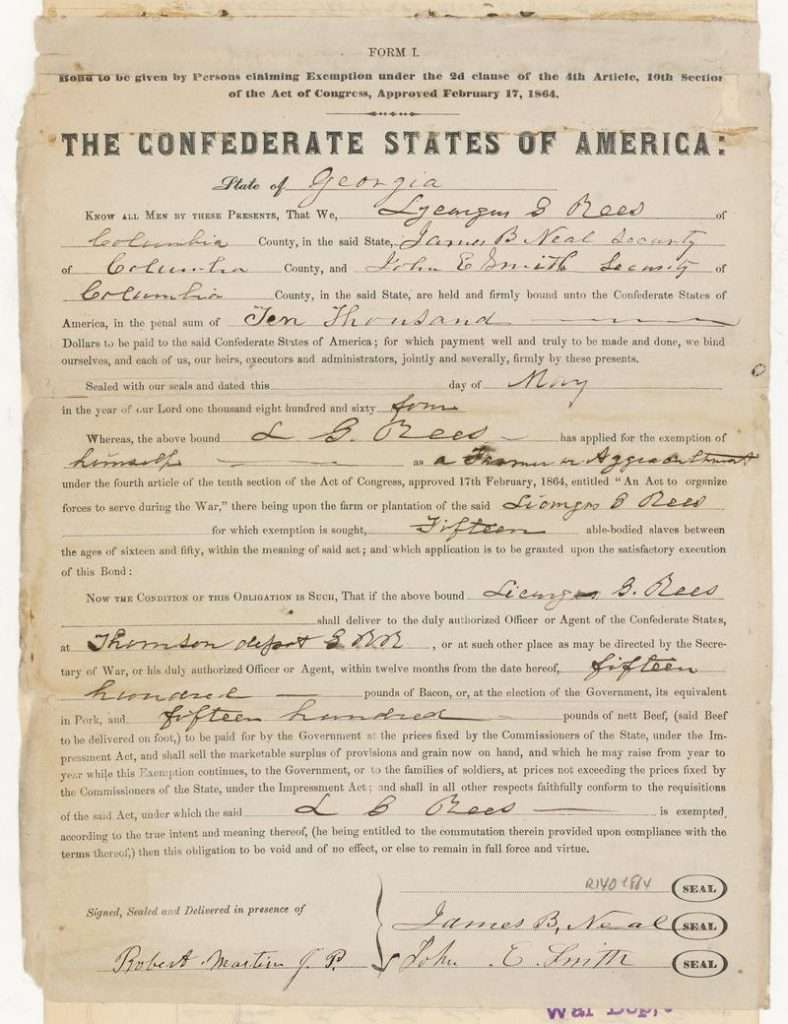 Farmers and the Confederate Military

In this government form, Confederate private Lycurgus Rees, a farmer from Georgia, applies for an exemption from military service based on his ownership of "fifteen able-bodied slaves." The form is dated May 1864, three months after the Twenty-Slave Law—a Confederate law from 1862 exempting from military service planters who owned twenty or more enslaved persons—had been revised to apply to planters with fiteen or more slaves. In return for his exemption, Rees promised to supply the Confederate war department with 1,500 pounds of bacon or pork and 1,500 pounds of beef, "to be paid for by the Government at the prices fixed by the Commissioners of the State, under the Impressment Act."

Rees's wife, Sarah Jane Rees, submitted to the local justice of the peace a separate affidavit requesting her husband's exemption in light of her duty to care for her seven young children. She also stated that she needed "the protection of a white man, and aid in the management of the negroes" because she lived "in a community where there is a heavy black population but few white males."