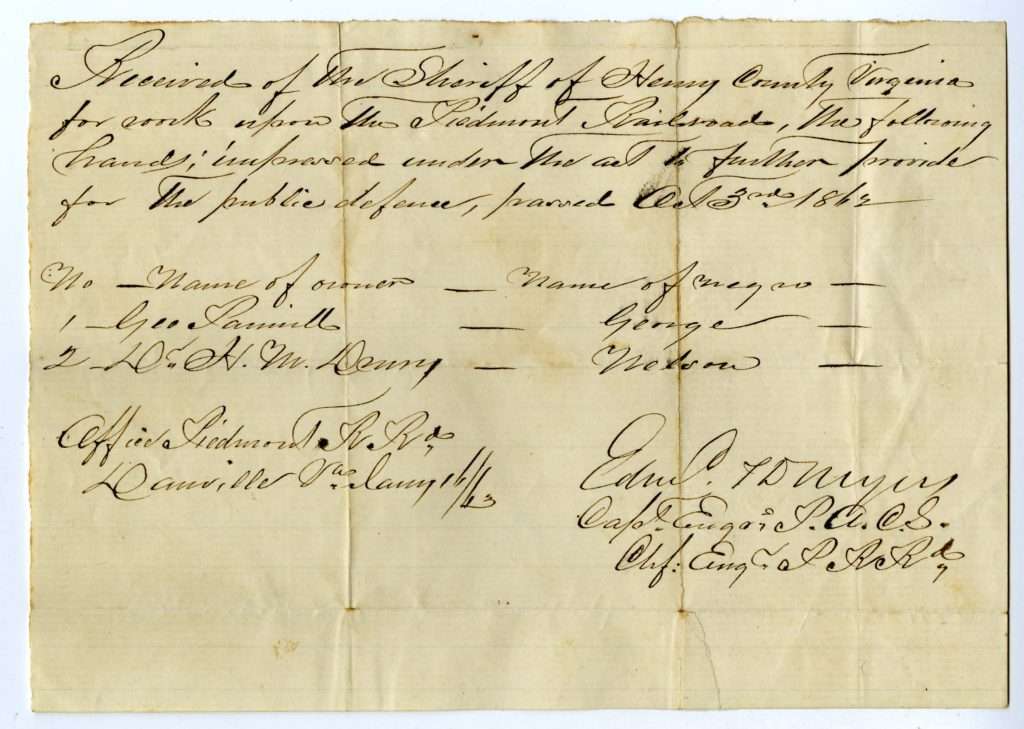 This January 16, 1863, receipt notes that the sheriff of Henry County, Virginia, delivered two enslaved men who were being impressed to work on the Piedmont Railroad, a line that connected Danville to Greensborough, North Carolina. The two men being forced to labor on the railroad were named George and Nelson; their enslavers were, respectively, George Pannill and Dr. H. M. Denny. Edmond T. D. Myers, the chief engineer of the Piedmont Railroad signed this document at the railroad's office in Danville and noted that the men were "impressed under the [Confederate] act to further provide for the public defense, passed Oct 3rd 1862."