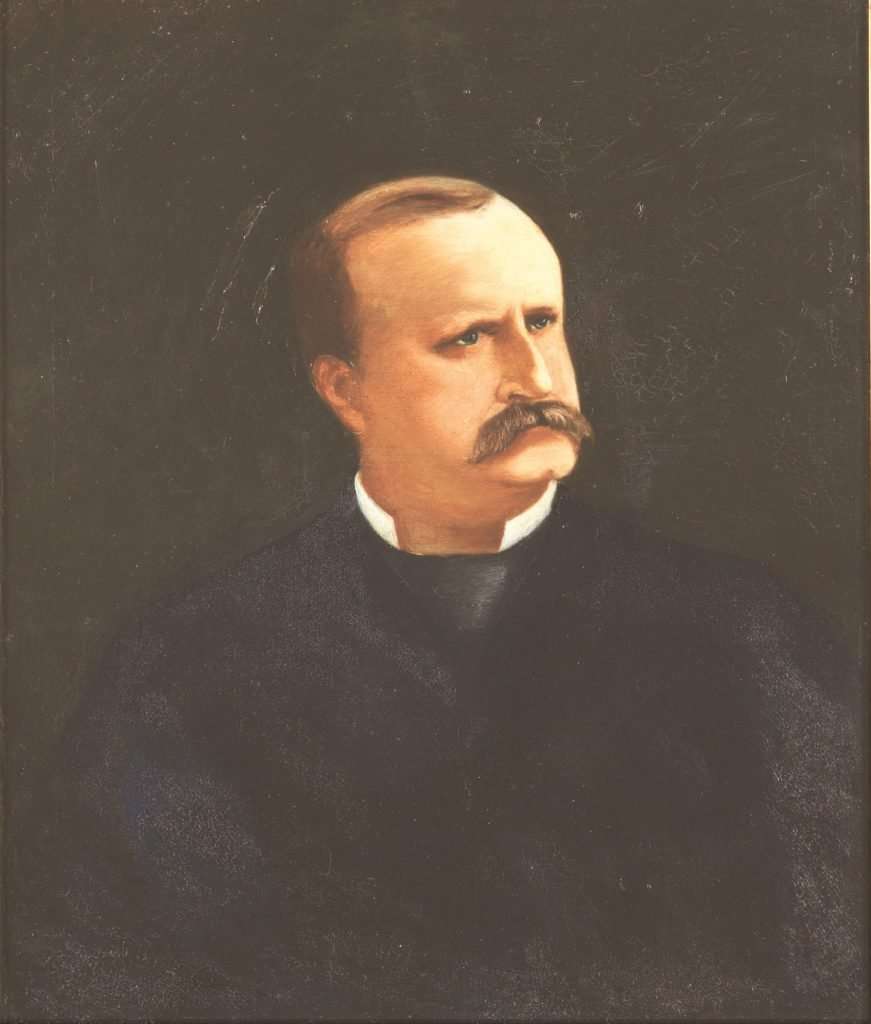 Benjamin W. Lacy, a judge on the Virginia Supreme Court of Appeals, is the subject of this oil painting created by an unidentified artist. Lacy served in the Confederate cavalry during the Civil War and was wounded three times. After the war he became a lawyer and jurist. From 1874 to 1881 Lacy was a member of the House of Delegates, serving as Speaker of the House from 1879 to 1881. The General Assembly elected Lacy to the Virginia Supreme Court of Appeals on February 25, 1882, and he served a twelve-year term on the court from January 1, 1883, to December 31, 1894.