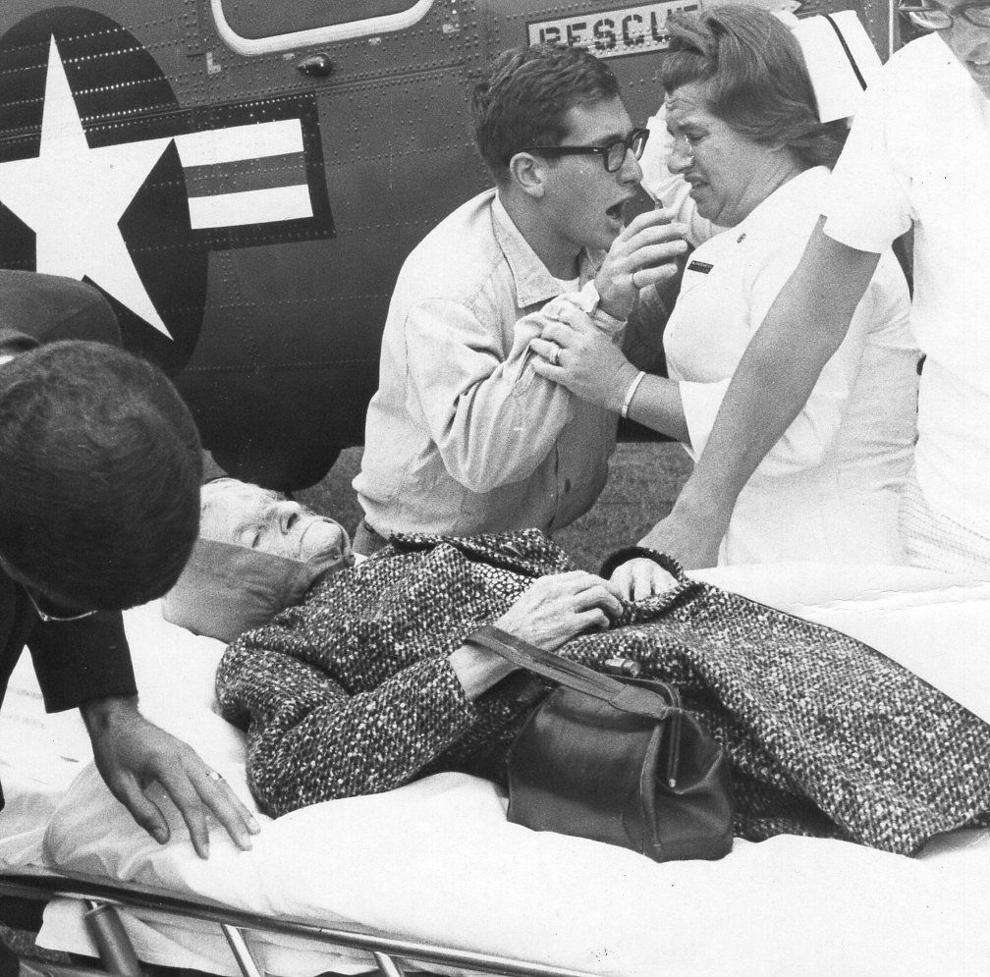 A nurse tries to calm a distraught man, probably a relative of the elderly woman on the stretcher who was either injured or killed during the catastrophic flooding and landslides that occurred when the remnants of Hurricane Camille veered east unexpectedly and swept through Virginia on the night of August 9-10, 1969. At least twenty-seven inches of rain fell overnight in Nelson County, resulting in the deaths of 124 people in the rural county.