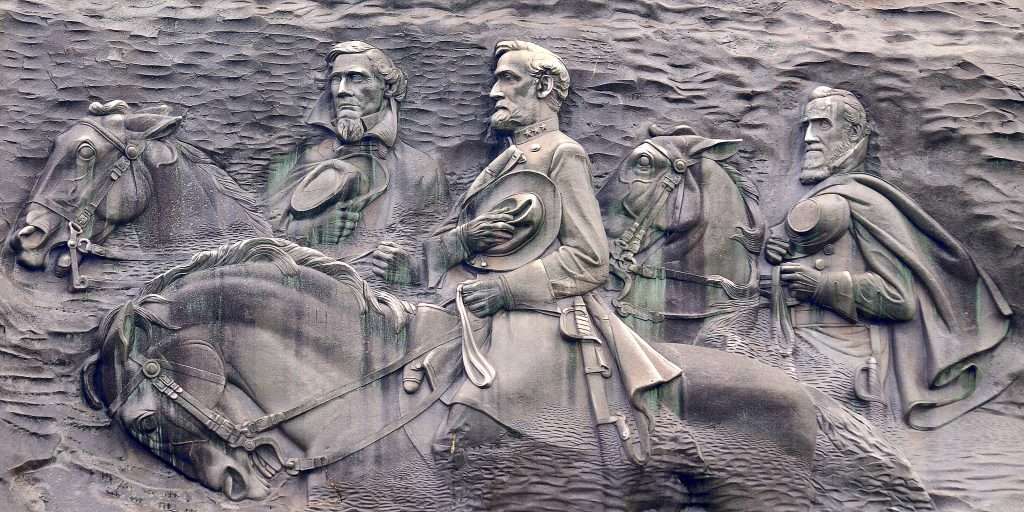 A memorial on the face of Stone Mountain in Georgia features massive bas relief figures of three Confederate leaders on horseback: from left to right, President Jefferson Davis, General Robert E. Lee, and General Thomas J. "Stonewall" Jackson. The creation of the carved figures, which began with funding from the Georgia Division of the United Daughters of the Confederacy in 1916, was not completed until 1972. Numerous sculptors were involved in the planning and execution of the project, beginning with Gutzon Borglum, who went on to create the figures on Mount Rushmore.