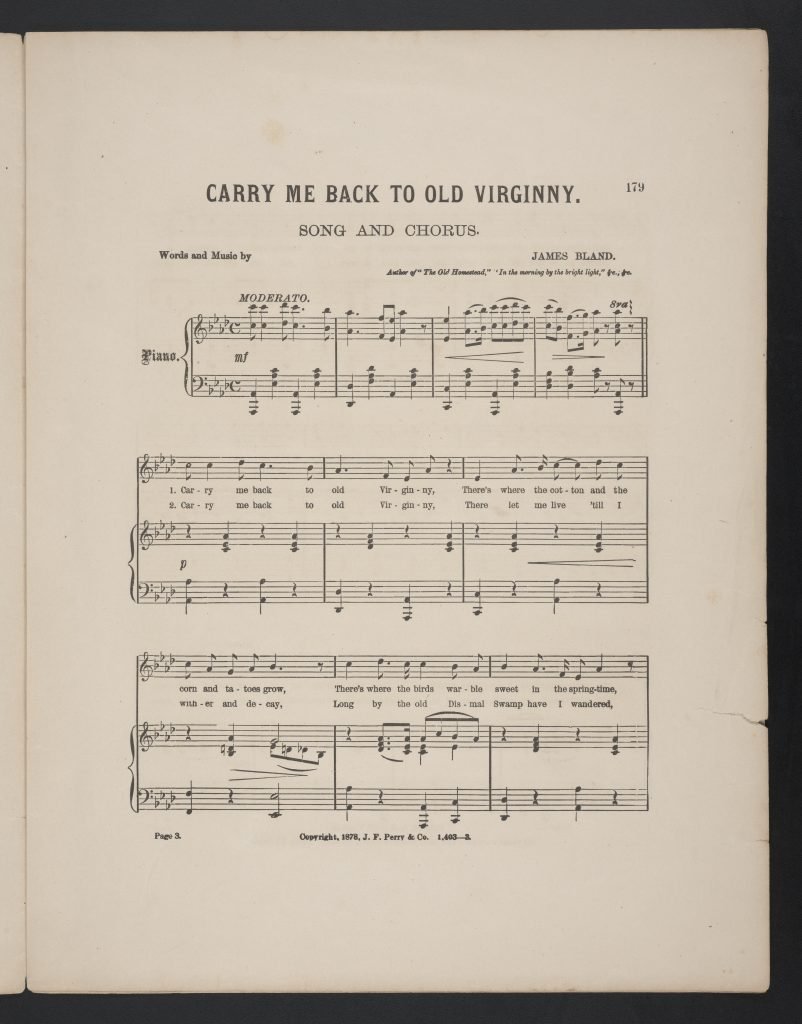 This is the first page of the sheet music for "Carry Me Back to Old Virginny," an 1878 song written by James A. Bland, a famous Black minstrel performer. The song's lyrics are written from the perspective of a freedman who looks back nostalgically to the old plantation days when he was enslaved. The sentiments in the song, including the use of Black dialect, reflect a Lost Cause view of the defeated post-Civil War South. In 1940, a time when the Lost Cause ideology was being widely promoted, this minstrel song was adopted as the official state song of Virginia. It remained so until 1997.

Citation: "Carry me back to old Virginny: Song and Chorus." M1658 .V8 B5 1878. Special Collections, University of Virginia, Charlottesville, VA.
FEATURED IN