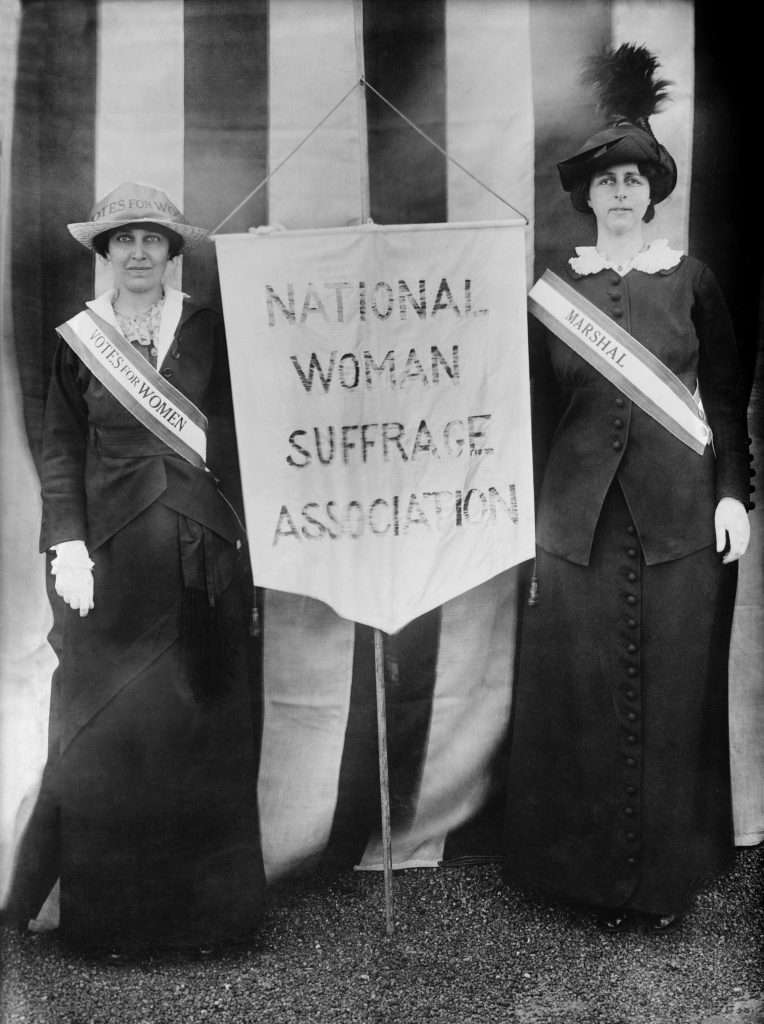 In this April 22, 1913, news photograph, suffragist Katharine McCormick and another woman—known only as Mrs. Charles Parker—stand beside a National Woman Suffrage Association banner, probably a relic from an earlier age. The National Woman Suffrage Association (NWSA) was founded in 1869 when the women's rights movement split over a political disagreement concerning the impending ratification of the Fifteenth Amendment that would grant Black men the right to vote. The NWSA, led primarily by Susan B. Anthony and Elizabeth Cady Stanton, opposed the Fifteenth Amendment as written, arguing that women should be extended voting rights at the same time as Black men. In the 1870s the NWSA urged women to cast ballots, despite its being deemed illegal, by citing the fact that the Constitution and its amendments implicitly enfranchised women. The U.S. Supreme Court denied that argument.