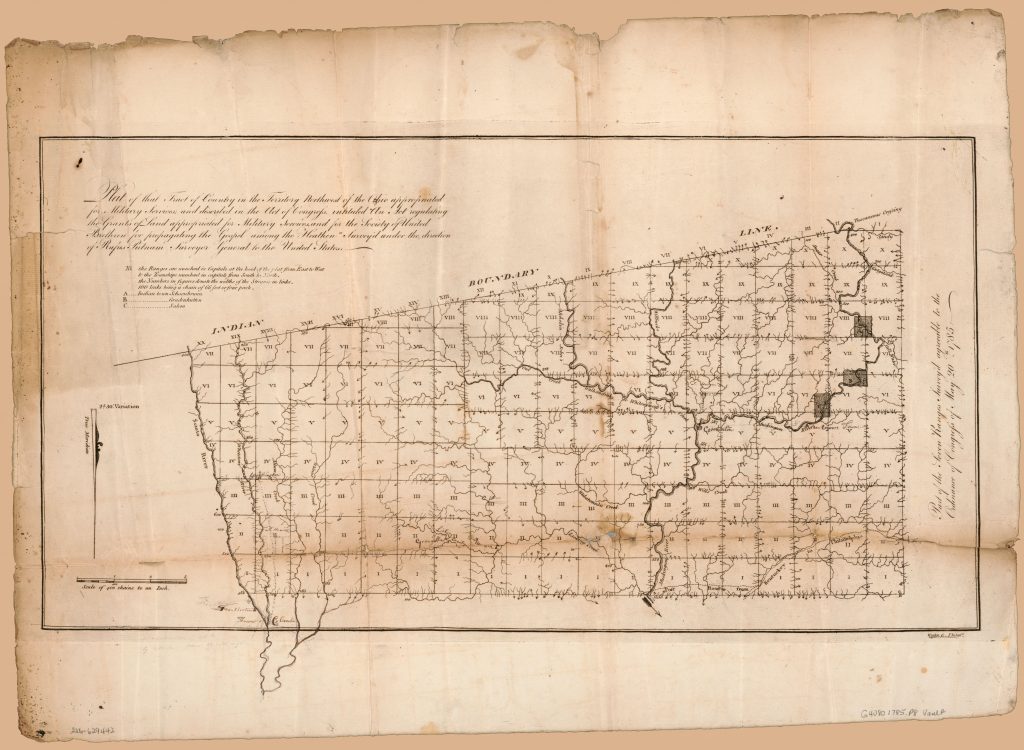 Native Lands Appropriated for White Settlement in the Northwest Territory

A circa 1798 plat shows the division of lots for future white settlement on land in the Northwest Territory—land northwest of the Ohio River that the American military took by force from Native tribes. The 1795 Treaty of Greenville ended the Northwest Indian War that resulted in the white takeover of these lands. Rufus Putman, the Surveyor General of the United States, is credited with this detailed plat, which includes geographical features, as well as the location of some already-existing white settlements, and three towns—Schoenbrunn, Gradenhutten, and Salem—that had been established by missionaries for the Moravian Church in America to spread Christianity among the native peoples. The caption, at top left, refers to that religious sect as "the Society of United Brethren for propagating the Gospel among the Heathen."