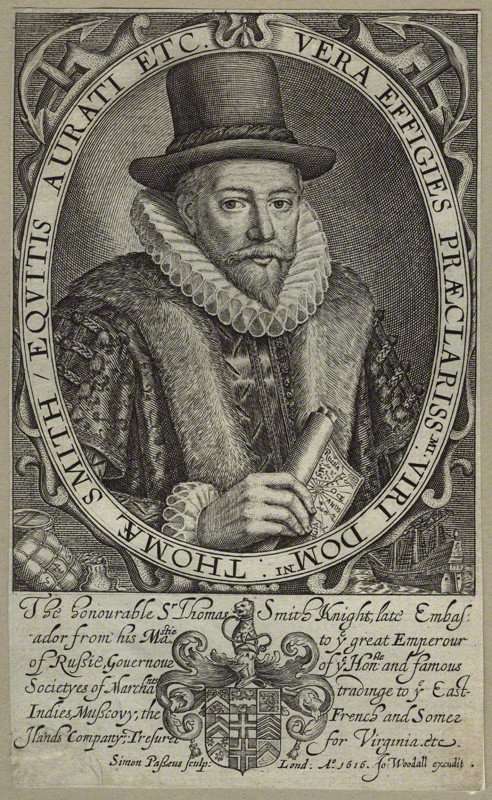 The London merchant Sir Thomas Smythe holds a map in this engraved portrait by Simon de Passe, published in London in 1616. The text beneath his image identifies Smythe as a former ambassador to Russia; a governor of the Muscovy Company, the East India Company, and the French and Somer Islands Company; and a treasurer of the Virginia Company.