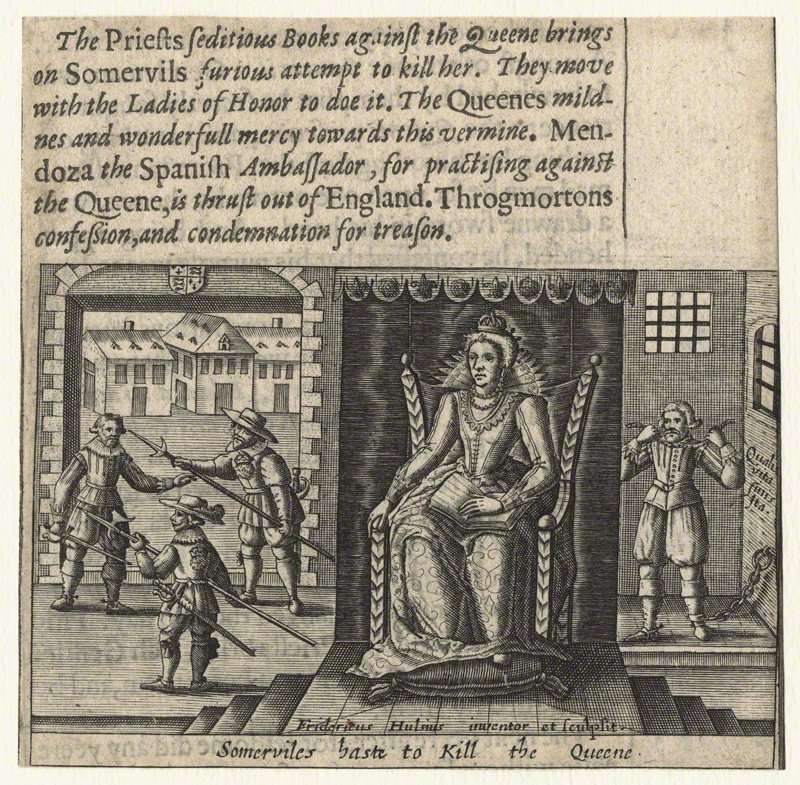 Somerviles haste to Kill the Queene

A seventeeth-century engraving titled Somerviles haste to Kill the Queene portrays the arrest and incarceration of John Somerville, a Roman Catholic zealot who plotted to assassinate Queen Elizabeth I in 1583. Somerville was convicted and sentenced to death, but was found dead in his cell before the execution could take place. As a warning to other enemies of the queen, Somerville's head and that of another conspirator were cut off and displayed on spikes on London Bridge.