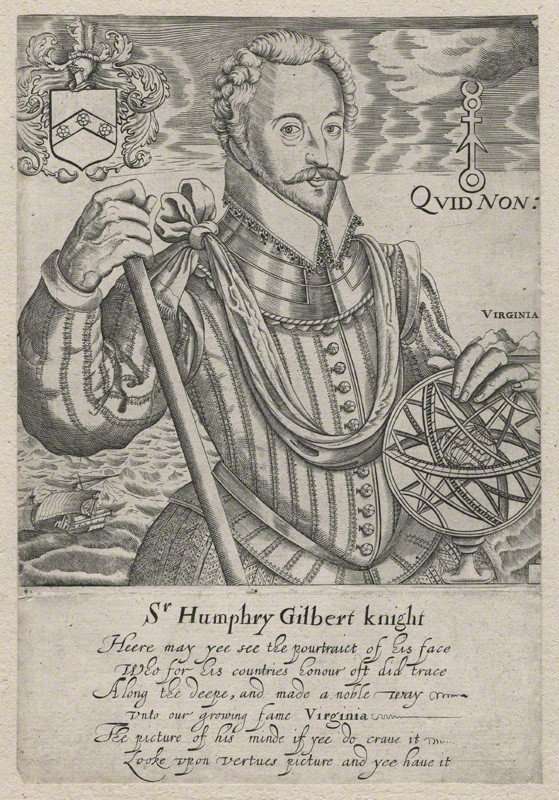 In this line engraving made sometime between 1590 and 1603, Sir Humphrey Gilbert clutches a globe in one hand and a staff in the other; in the background is an ocean-going vessel, the mountains of Virginia, and Gilbert's personal motto, Quid Non (why not). Gilbert was a soldier and explorers who supported early English attempts at colonization in North America. The poem beneath his image reads:

Heere may yee see the pourtraict of his face Who for his countries honour oft did trace Along the deepe, and made a noble way Into our growing fame Virginia The picture of his minde if yee do crave it Looke upon vertues picture and yee have it

Robert Boissard, a French engraver, created this image as part of a series of portraits of English navigators, though there is no evidence that the artist ever visited England.