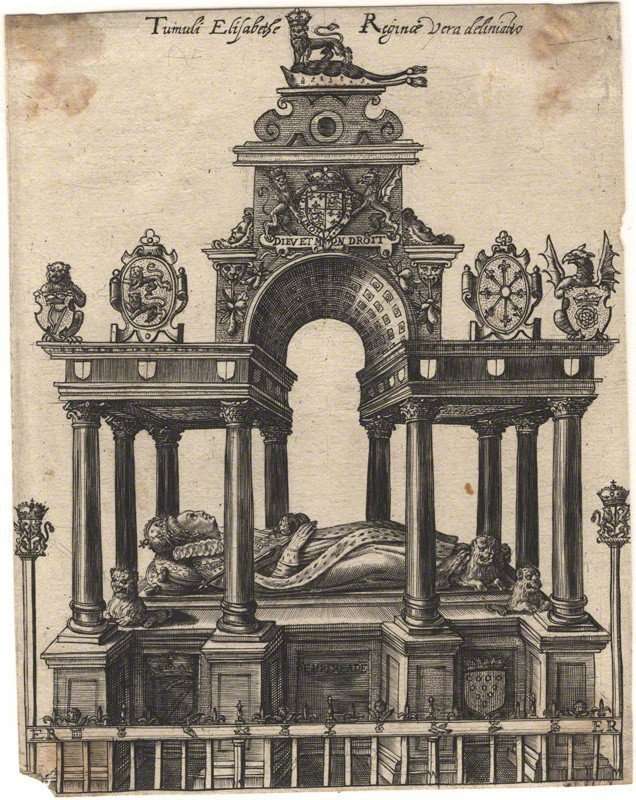 Monument to Queen Elizabeth I

The recumbent figure of Elizabeth I holds an orb and scepter, symbols of her power, in this engraved depiction of the marble monument to the queen that was erected in Westminster Abbey by sculptor Maximilian Colt. Elizabeth was buried under the altar in the Abbey after her death in 1603. Her successor to the throne, James I, commissioned Colt to create this mounument for a side chapel, and her remains were moved there in 1606. This 1620 engraving was made by either Magdalena de Passe or her brother Willem de Passe, members of a well-known family of engravers.