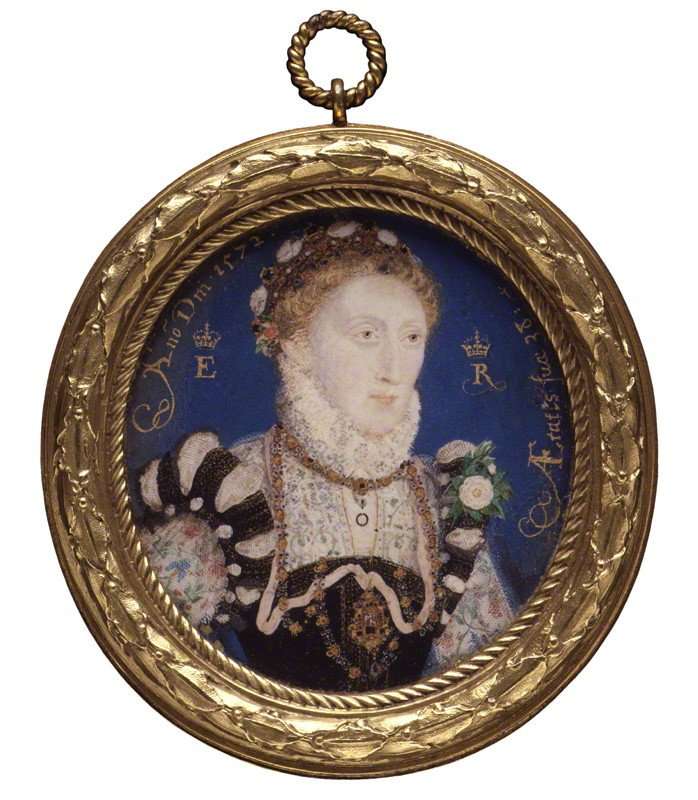 Queen Elizabeth I is adorned with jewels and flowers in this watercolor miniature portrait made by Nicholas Hilliard in 1572. The queen was thirty-eight years old at the time of the painting. Curators at the National Portrait Gallery in London believe this may be the portrait Hilliard wrote about in his treatise The Arte of Limning (ca. 1600). In that text Hilliard described how he recommended that Elizabeth sit in an "open light" without any shadow; in response, the monarch picked "an open alley of a goodly garden, where no tree was near."