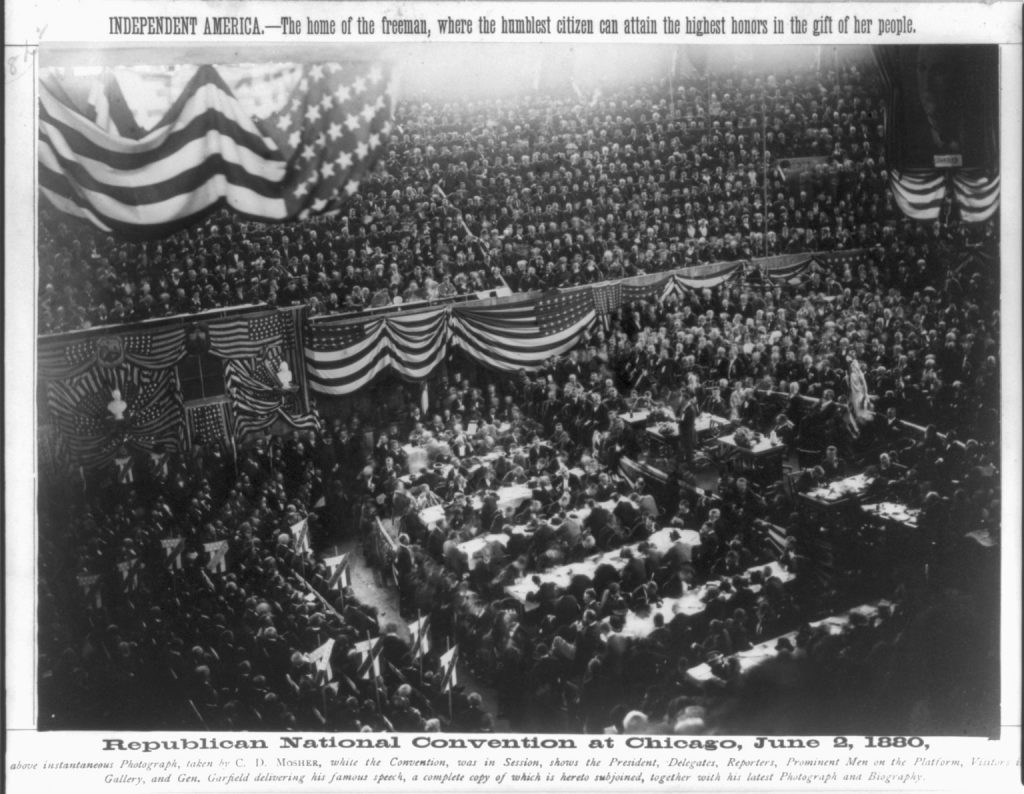 On June 2, 1880, James A. Garfield, standing on the floor at center right, addresses hundreds of attendees at the Republican National Convention in Chicago. Garfield received the Republican nomination to run for president and won the subsequent election.

This official Republican Party photographic print included the caption, "Independent America -- The home of the freeman, where the humblest citizen can attain the highest honors in the gift of her people." Garfield, the presidential nominee, had been born and raised in a poverty-stricken household.