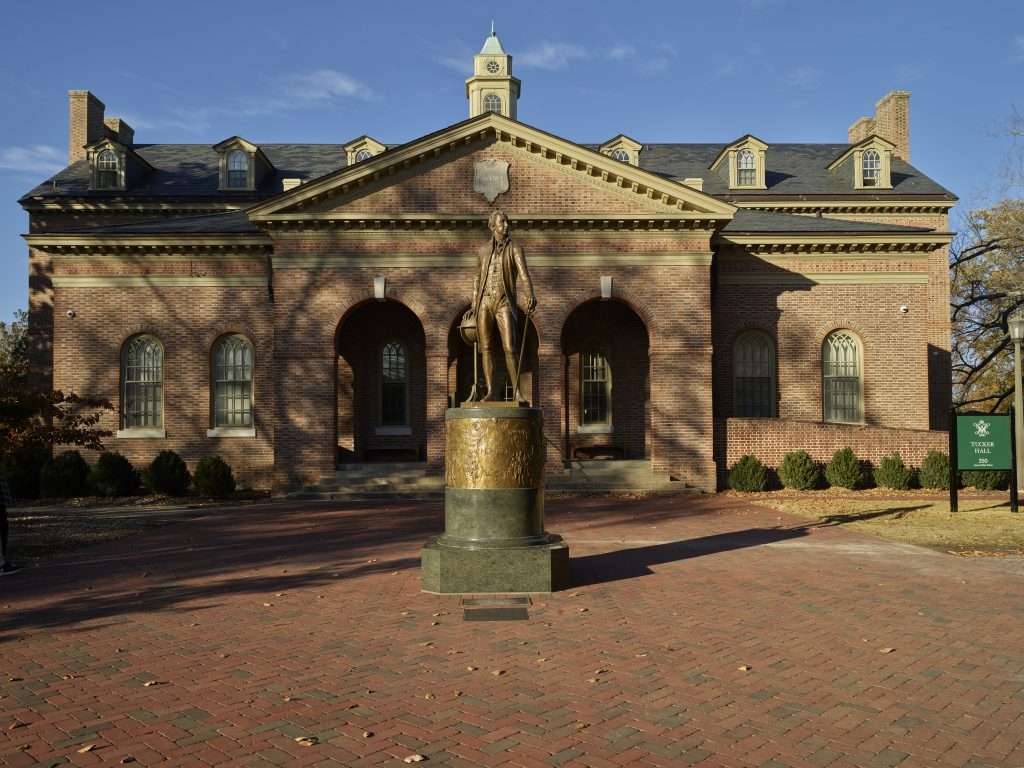 Statue of James Monroe at the College of William and Mary

A bronze statue of James Monroe, the fifth president of United States, stands before Tucker Hall at the College of William and Mary in Williamsburg. Monroe attended the college and is considered one of its most important alumni; however, he never graduated from the school, withdrawing in 1776 to join the Continental Army. Gordon Kray, a William and Mary alumnus from the class of 1973, sculpted the statue and the relief around the granite base. The statue was dedicated in 2015.